You are here: Products Blurred Lines: The Entire Collection by Calinda B 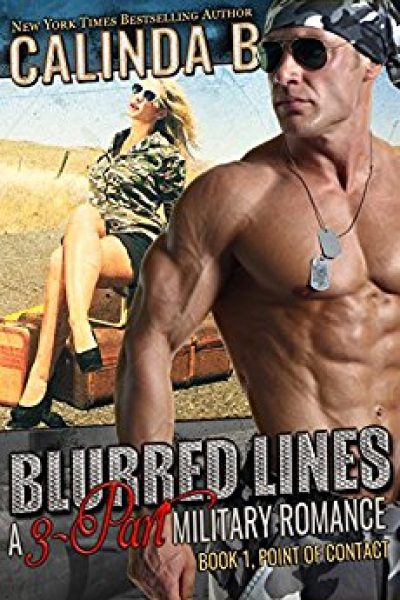 Blurred Lines: The Entire Collection by Calinda B

Heat sizzles on the sidewalks. A sultry wind blows along the So Cal coastline, stirring passions, cooling the sun drenched skin of the beach goers. Tara Lynne needs to change. Enough is enough. She's tired of being left behind. She doesn't know what her options are. Only knows she needs to find some, and fast.

Part 1 – The Beach: In this three part erotic short story series, Navy seaman Zack Brannon's on shore leave, healing from a broken heart. Kentucky born Tara Lynne's on vacation, heading to San Diego…alone, thanks to her loathsome boyfriend bailing on her, crushing her dreams. When she spies the handsome soldier on the Greyhound bus, bearing a mysterious scar on his face and a limp to his stride, their worlds collide in a fiery summer explosion. Forbidden passions are explored. Scandalous lines are crossed. Dirty fantasies are created. A blurred reality forms in which neither one knows who the other is. The only thing they know is, for a scorching hot twenty-four hours, they can't stay away from one another. Will her brief encounters with the heartsick seaman be enough for Tara to make lasting change?

Part 2 – The Boardwalk: After a brief, scorching, surprising encounter with the Navy soldier she calls Adonis, Tara tries to play along with his cautious rules to stay away. She can't do it. She finds she craves more. He's awakened forbidden desires, while making it clear this is only an encounter. She's determined to make the best out of her twenty-four hours, regardless of the cowardly restrictions he tries to impose on her. She searches for him, finds him, and discovers new, scandalous passion in unexpected places.

Part 3 – The Hotel: Tara's been seduced by military Navy man twice in her twenty-four hour sojourn. He's told her no more. He's shown her the rules to extremely sexy, consensual games. He's shown her cautious restrictions in what he's willing or unwilling to give to her. He's shown her mind-blowing, sexual fulfillment. She wants more – she wants intimacy and deeper connection, and she intends to get it. Unwilling to be banned from his life, she chases after him on the streets of San Diego. As their time together grows short, she challenges him to let go of his assumptions of what's possible between them. She holds the reins at last – will Zack Brannon be man enough to yield to her desires?

Be the first to review “Blurred Lines: The Entire Collection by Calinda B” Cancel reply