You are here: Products Blood Score by Jordan Dane 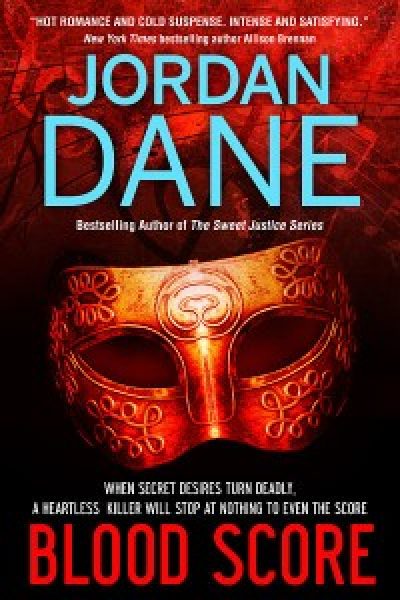 A dangerous liaison ignites the bloodlust of a merciless killer

When a beautiful socialite is savagely murdered in Chicago’s Oz Park, Detectives Gabriel Cronan and Angel Ramirez find her last hours have a sinister tie to two lovers. One is a mystery and the other is a famous violin virtuoso.

A child prodigy turned world class musician, Ethan Chandler is young, handsome—and blind. He’s surrounded by admirers with insatiable appetites for his undeniable talent and guileless charm. From doting society women to fanatical stalkers and brazen gold diggers, the reclusive violinist’s life is filled with an inner circle of mesmerized sycophants who are skilled at keeping secrets.

After Cronan and Ramirez expose a shadowy connection between Ethan and the victim with a private elite sex club, they discover intimate desires and dark passions aren’t the only things worth hiding at all cost. A vicious killer will stop at nothing to settle a blood score.

I loved the idea of a blind violinist who was a child prodigy. He’s young and sexy and his handicap has affected how he lives his life and who he lets into his close inner circle. But when his girlfriend is murdered, and there is a link to him and a private sex club in Chicago, he becomes a suspect and all his secrets (and his hidden desires) are at risk of being discovered.

When Angel Ramirez’s iPod changed tracks and another song started, her cell phone rang and made her heart jump. A call this time of night for a homicide cop was never a good thing, but when she looked at the display screen, she recognized the phone number.
She answered the call as her face flushed with heat.
“Hello?” Her voice cracked.
“Angel?”
“Yes,” she whispered.
Caller ID told her who was on the other end of the line, but she wanted to hear him say his name.
“This is Ethan.” His voice was soft and low. When he breathed into the phone, she heard the rustle of his bed sheets. “I couldn’t sleep…and I didn’t know who else to call. I hope I didn’t wake you.”
Angel shut her eyes and swallowed, hard. Ethan Chandler was a famous world-renowned violinist. With all the people in his life, she found it sad that he had to reach out to a virtual stranger when he needed to talk.
Had his dead girlfriend been that person for him? She didn’t feel like questioning Ethan’s motives for calling her at this hour, because she’d spent far too much time gazing into death’s never ending black mirror. She understood what it felt like to be lost and floundering in grief.
“No, you didn’t wake me. I couldn’t sleep either.” She pulled her blanket over her breasts and nestled into her pillows.
“Is that my music?” he asked.
Ethan had a smile in his voice and the intimacy of that made it feel as if he were lying next to her. She’d left her iPod playing. He must’ve heard it.
“Yes.”
Angel knew she should have asked why he’d called her cell this time of night. He was still a suspect in his girlfriend’s murder. She should have insisted he stop reaching out to her like this, but the truth was…she liked it.