You are here: Products Blood and Bone by Paula Dombrowiak 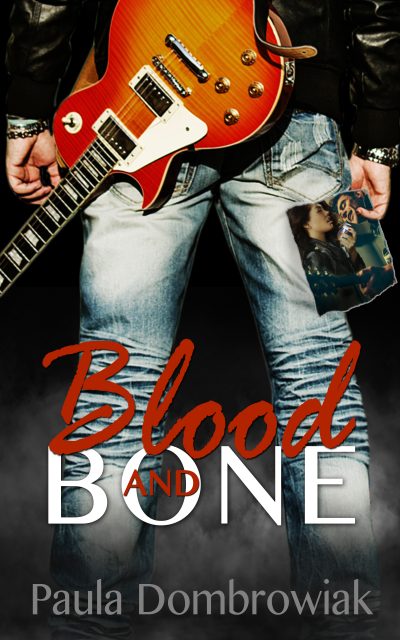 Blood and Bone by Paula Dombrowiak

When unlikely circumstances bring Jack O’Donnell, a middle-aged rock star and Erin Langford, a journalist, together, Erin learns there is more to a story than just the headlines. Told in alternating time periods, Jack recounts the rise and fall of his band Mogo and the irreplaceable bond with collaborator Mia Stone. Telling his story might just heal past relationships and spark new ones.

Paula Dombrowiak grew up in Chicago, Illinois but currently lives in Arizona. She is the author of Blood and Bone, her first adult romance novel which combines her love of music and imperfect relationships. Paula is a lifelong music junkie, whose wardrobe consists of band T-shirts and leggings which are perpetually covered in pet hair. Music is what inspires her storytelling.

I watched this popular show on TV about a big country artist who had a complicated relationship with the guitar player in her band. Although their relationship was complicated, they made incredible music together. I was really inspired by that kind of deeply emotional relationship and wanted to explore that between two characters. I've been a lifelong music junkie and thought back to when I was a teenager in the '90s and thought about a band starting out in the '90s when grunge was just becoming popular. That is what inspired me to write Blood and Bone.