You are here: Products Bless Me Father by Tom Walsh 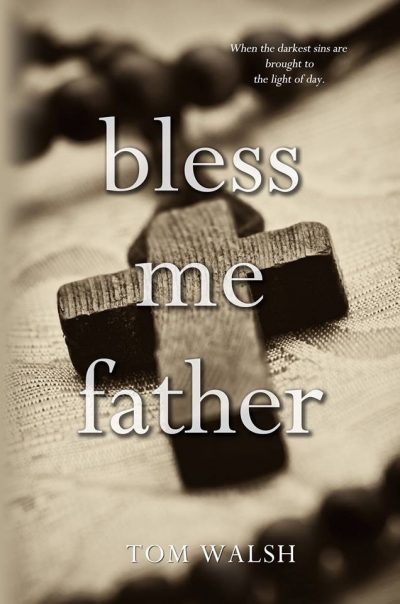 Bless Me Father by Tom Walsh

There is no place as intimate as where you go to confess your sins. Bless Me Father is a classic “who done it?” A story of love lost and love found in the midst of contemporary social issues of homelessness, addiction, and bringing the untouchable to justice. Cloistered conversations in the confessional are sometimes tragic, sometimes humorous. It is a modern day crime mystery with character depth, a forbidden love, and a resurrected cold case.

Tom's earliest education began in parochial schools in San Francisco. At 19 he took a summer job in the motor pool two floors underground at a large public utility. He finished his Management degree at night at St. Mary's College of California and by the time he left the utility company 20 years later, he had ascended the management ranks, regularly meeting with company officers on the top floor. During that time, he honed his skills in writing business proposals while contributing articles to trade publications and company newsletters.</p>
<p>Outside of work and school he wrote and performed music with a rock band in clubs around Marin and Sonoma counties. Continually seeking new challenges, he took management positions in Bay Area startups that developed innovative consumer electronics.<br />
​<br />
He saw the start-up environment wane and was asked to return to the utility now in the midst of bankruptcy. Then as a self-employed consultant he assisted utilities, consumer electronic start-ups, and companies in the food industry. Somewhere along the way he was the owner-operator of a popular restaurant.<br />
​<br />
All the while, Tom's artistic endeavors continue to be freelance writing and music. He is married with two children and lives in Sonoma County.

This book was inspired by current events. One particular news story pertained to two brothers who assaulted a priest that had assaulted them in their youth. An interesting idea came into my head about someone who had experienced the priesthood but who had also experienced life outside in the everyday world, a routine job, romance, hobbies, etc. All of this came together with the two main characters, Molly and Damien. They are based on composites of people I've met and known. Writing creatively has always been a passion, since my early youth.