You are here: Products Blast From Her Past by Katy Eeten 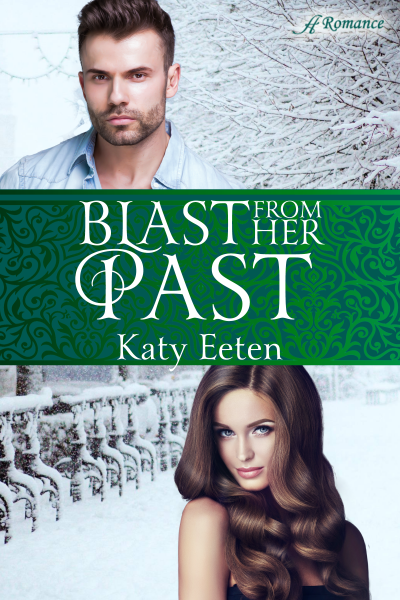 Blast From Her Past by Katy Eeten

After a disastrous failed engagement, Sydney Hampson is leaving her past—and her faith—behind to focus on her career instead. However, following through with her new, albeit misguided, resolution proves easier said than done when former classmate, and reformed bully, Grant Williams signs on with her company, and they must work closely together.

Grant Williams gave up his teenage antics years ago, and now he’s looking forward to a future that includes a strong relationship with God. When he realizes he’ll be working with none other than Sydney Hampson—the girl he had a secret crush on throughout high school—he couldn’t be more thrilled. Until he discovers she’s not the same caring, compassionate woman she used to be.

When a business trip gone awry leaves the pair stranded in the middle of a snowstorm, Grant sees his chance to make things right and put their past wrongs behind them…if only Sydney can get over her distrust of men. And with a conniving coworker working to destroy Sydney’s happiness, no matter the cost, can she put her faith back in God and learn to trust in Grant before she loses her chance at happiness?

I've lived most of my life in Wisconsin, and currently reside in the same Milwaukee suburb where I grew up. I am a wife and mom to two school-age boys. I work full time in the business world, and although that's what pays the bills, my true passion is writing.

My debut novel is contemporary Christian Romance Blast From Her Past, which was published by Anaiah Press on January 23, 2018. I also have a Christmas novella due out this holiday season about a firefighter, a school teacher, and the small-town bond that unites them, and I have signed a contract for another Christian romance as well.

When I'm not working or writing, I can be found taking walks, baking goodies, dining out, playing the piano, or relaxing with my family.

As a child, I filled up notebooks with short stories and poems, winning small local writing contests here and there. In college, I wrote for the campus newspaper and minored in Journalism. So writing has always been in my blood. As an adult, I enjoy reading sweet romances, so I thought I would try my hand at writing one.

Blast From Her Past stemmed from the desire to write a book where the two main characters are at odds with each other and forced to get along while stranded together. I essentially wrote this book around that scene, and the details started filling out as I went. Since I work from home for my corporate job, it was natural to have Sydney do the same.

The thought of suddenly having to talk with one of her ex-classmates, especially one who had been on the opposite end of the social spectrum, left her stomach in knots. She continued filling snack orders, all the while keeping an eye on Grant, who was getting closer to the front of the line. Her line.

“Can I help you?” she forced herself to say once it was his turn to be served.

“Yeah, I’ll take a cola and some nachos please.” He pulled his wallet out of the inside pocket of his black suit coat. Like all the other Princes, he was dressed in suit and tie.

“That’ll be two-fifty.” Sydney was relieved he wasn’t really paying attention to her throughout the transaction. With any luck, he’d grab his snacks and be on his merry way. Almost in the clear. Don’t make eye contact and this will all be over soon. She could hardly believe how childish she was acting. It was almost as if she was still in high school.

She gave him his food and drink and took his five-dollar bill. After she handed him his change, he turned to leave, then did a double take. “Wait. Do I know you? You’re … you’re Sydney Hampson, aren’t you?”

Shoot. Too late now—she was made. There was no getting out of this, so she forced herself to make the best of the situation. “I sure am. And you’re Grant Wilson, right?” she asked, intentionally botching his last name and trying to act like it was normal to not recognize the Snowball Prince of her senior class.

To Sydney’s surprise, Grant flashed her a huge smile and nodded. “Grant Williams, actually. But yeah. Oh my word! It’s so nice running into you. I didn’t expect to see you here.”

She could say the same of him. Of course, it made sense that he was here given the occasion, but, if she recalled correctly, Grant had been set on moving out to California after graduation. In fact, he and his group of friends had made fun of their rinky-dink town and always seemed destined for bigger and better things. Surely, he wouldn’t fly back into town for some silly fundraiser, would he? And why did he seem so excited to see her? They hadn’t exactly been chummy in high school.

Sydney responded to Grant’s comment. “Yeah, well, my sister was the Snowball Princess of her class, and she asked me to come since her husband couldn’t make it. So here I am!”

“Well, that was nice of you. But I would expect no less from Sydney Hampson.”

Sydney squinted at him. What was that supposed to mean?

As if reading her mind, he added, “Sorry, I only meant that you were always really nice in high school. Helping people out, treating everyone respectfully and whatnot. So, it makes sense that you’d be helping your sister.”

Sydney nodded, but inside, she was fighting resentment. And what would you know about being nice and respectful in high school, Grant?