You are here: Products Black Widow by PJ Adams 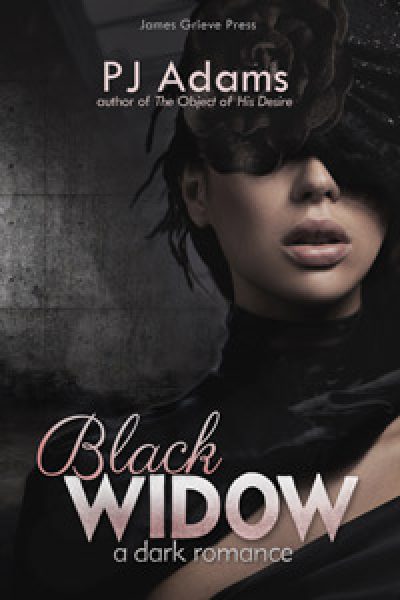 Two years ago Eleanor Dryton lost her husband, her job and her friends.

She lost everything about her old life that ever mattered to her.

All she had left were her will and a burning desire for revenge.

Now, El has served her time for being an unknowing partner in her murdered husband’s crimes. Her prison sentence has toughened her up and she’s learned that she can be bad.

But when her search for revenge leads her to a man who takes bad to a completely different level just how far is she willing to go? If prison has hardened her, what effect will the man who killed her husband have? And does she even have any control over what happens next?

A dark and disturbing romantic thriller from the bestselling author of Winner Takes All and The Object Of His Desire.

Rob had stayed in the room, giving her a little distance.
She couldn’t work him out. Early on, he’d told her he’d just kind of drifted into the life he had here. He’d come to owe people favors, and he’d found ways to pay them back.
She didn’t know what he did, though, what kind of double life he had. All those periods when he was away from the bar. Was he up here at the villa, or was he elsewhere, doing whatever it was that he had become involved with?
She knew all about double lives, though. She’d lived one for so long without even knowing.
She turned, resting the small of her back against the rail that ran along the top of the balcony’s enclosing wall.
Eye contact was all it took.
He came to her, slowly, like a fish being reeled in, the eye contact never breaking.
She stretched up and kissed him, their bodies still a short distance apart. His lips pressed against hers, hesitant, holding back. Stubble scraped her face.
His hand moved to her waist, and came to rest on the spread of her hips.
She put a hand to his face, finding the roughness of that stubble.
Such an intense moment.
She hadn’t expected that: the way such a hesitant, minimal contact could send sensations ripping through her body like this.
None of this was what she’d intended.
She pushed away from the railing, standing, finally pressing her naked body against his. Feeling the rough denim of his shorts against her belly, his thighs against hers, her breasts squashing against his ribs through the thin cotton of his shirt.
She hadn’t expected to suddenly need this so much. Not now. Not like this.
She couldn’t allow herself to be so weak.
She just couldn’t…