You are here: Products Black Manhattan by JB Black 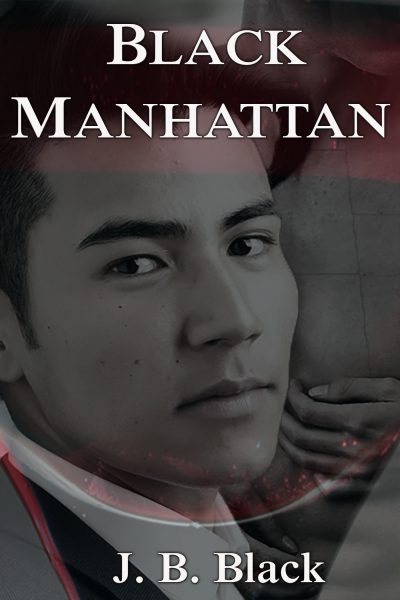 Angel, a cocky, dominant cross-dressing man, meets Micah, the sassy, submissive muscled pretty boy of his dreams, but there’s something a bit chilly between them despite the hot sex. Can Angel seduce Micah – pulling down his walls through hot sex and gentle wooing? Or is he doomed to watch the man he fell into lust/love with at first sight go to his androgynous rival?

I've always had a love for dom drag queens. Something about the effort it takes to put together everything from make-up down and the confidence of a man in high heels is just a thrill to see. When I noticed the lack, I knew I had to write it.

Micah’s jaw twitched, clenching under Angel’s touch. “My break’s over.”
It wasn’t a no, but he obviously glared uncomfortably at the door as if hoping Patrick would come out and kick Angel to the curb. Despite the chase being tempting, the idea of chasing someone who didn’t want it wasn’t appealing. However, Micah’s interest might not be in his expression, but between the taller man’s legs, Angel could feel the barest hint of a hard-on being awkwardly kept back as Micah shifted on his heels, so he gave it one last push.
Tugging Micah down the rest of the distance, Angel drew him into a heat kiss. The younger man’s lips are dry and hot against his – chapped and worried in a way that leaves Angel achingly endeared. When he bit Micah’s lower lip , he lapped up the droplet of blood which welled up, and still, the other remains passive. If he didn’t tremble beneath Angel’s touch, he might’ve thought him unaffected. As it was, when Angel pulled back, red brightened his eyes and took the calm right out of his lips even before his pink tongue darted out to lick the blood himself.
“I’m off in four,” Micah murmured.
Sticking around for four hours wasn’t too much of a hardship. Angel hadn’t even managed to make the rounds. If everything went well, he’d have the name of the object of Cory’s secretive affection. A peck and Angel stepped back.
“I can keep busy till then.”