You are here: Products Beyond Temptation by Summer Cooper 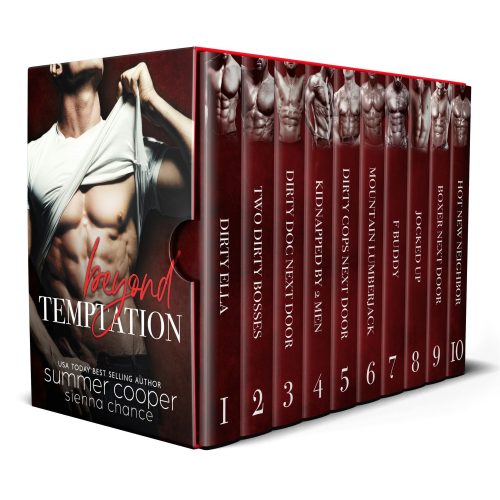 Beyond Temptation by Summer Cooper

A 10 Book Box Set of Amazon Best Selling Romance Novels that are Beyond Temptation!

Packed full of gorgeous alpha males and plenty of heat to keep the reading pleasure going all night long.

Besides her love of chocolate, dogs and music… reading and writing is Summer’s number one route to escape from crazy friends, family and the in-laws!
She found her own happily ever after with a martial arts fighter who also happens to be an adorable IT geek! Now, she loves to write about hot alpha males that come with a pretty face and covered in tough-as-nails muscle… who are secretly looking for their true soul mate (shhh…)!