You are here: Products Beyond Shame by Kit Rocha 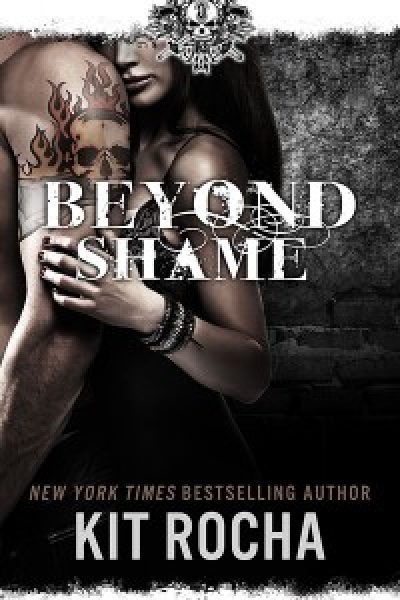 Beyond Shame by Kit Rocha

A dangerous world of sex, lust and violence…

All Noelle Cunningham has ever wanted is a life beyond–beyond the walls of Eden, where only the righteous are allowed to remain, and beyond her stiflingly restrictive existence as a councilman’s daughter. But only ruins lie outside the City, remnants of a society destroyed by solar storms decades earlier.

The sectors surrounding Eden house the corrupt, the criminal–men like Jasper McCray, bootlegger and cage fighter. Jas clawed his way up from nothing to stand at the right hand of Sector Four’s ruthless leader, and he’ll defend the O’Kane gang with his life. But no fight ever prepared him for the exiled City girl who falls at his feet.

Her innocence is undeniable, but so is their intense sexual attraction, and soon they’re crossing every boundary Noelle barely knew she had. But if she wants to belong to Jas, first she’ll have to open herself to a world where passion is power, and freedom is found in submission.