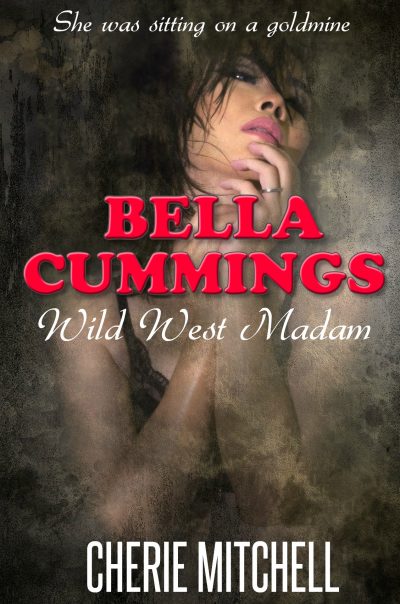 A hot and racy Wild West Mail Order Bride tale with a spicy twist. In the days of the Californian gold rush, many astute business-minded women made their fortunes by offering their bodies for sale or by establishing houses of pleasure to provide services for the men who flooded the region. And many of these women did very well for themselves, with records revealing that one young lady made today’s equivalent of $1 million in just three months. This is the story of Bella Cummings, a young woman determined to make the best of her life in a man’s world, and a story based on real lives as they were lived in the late 1800’s.

New York, 1878. Bella Cummings is leaving New York City for a new life out West, far away from the life of woman-for-rent which she has had thrust upon her through no fault of her own. Bella’s new start includes marriage to a Californian gold miner, a man she has never met but who has placed an advertisement for a bride in the local newspaper and whom she hopes will hold the key to a bright new future.

Her new husband Harry Williams is everything she has ever wanted in a man and all Bella needs to do now is keep the secret of her sordid past from him. However, Bella should have known that she was never destined for an easy life. And when she finds herself alone in the largely male populated gold mining town of Yreka, Northern California in the heat of the heady gold rush days, what is a girl to do to survive except fall back on the very assets she was born with?

Bella Cummings is a woman of much grit and determination but underneath it all, she just wants to be loved. Will she ever meet a man who wants her for her heart and not just for her very desirable body, a man who will truly be hers forever?

Cherie Mitchell has ghostwritten over 150 successful Wild West Mail Order Bride romance e-books and has recently released several books under her own name. Bella Cummings, Wild West Madam is a novel in the Wild West Mail Order Bride genre but with the added spice of sex scenes based on Bella's choice of profession. Cherie is currently working on a second book, Fallen Angel, which follows the life of one of Bella's more notable "girls".

After writing multiple books based in the days of the California gold rush I developed a deep understanding of just how difficult life was for women in what was very much a man's world. My research uncovered a lot of information about women who were successful, especially the infamous Wild West Madams who opened brothels and bordellos to support the very real needs of men in a place and time when women were scarce. My book is the result of what I have learned about these long ago ladies and the lives that they led.