You are here: Products Behind the Stars by Amanda Lake 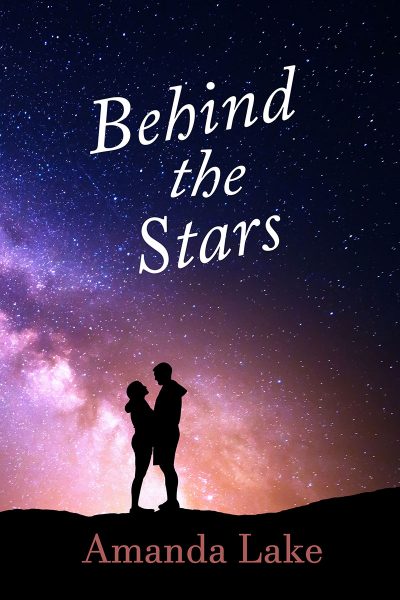 Behind the Stars by Amanda Lake

When the whole world stops making sense it`s time to reach for the stars.

Behind the Stars is a feel-good romantic comedy about one nerdy misfit and his creative sister who are trying to find love, sense and each other using their own peculiar ways. With unexpected twists and lots of laughs, this story is a truly hilarious joyride.

Peter is a highly intelligent man who knows his priorities and has plans for everything. Or how his sister Barbara would put it “a nerdy skeptical control freak with android tendencies”. When his girlfriend leaves him accusing him of being too stiff and dull, Peter accepts Barbara`s challenge – to be guided for 30 days by her astrologer`s “cosmic wisdom”. Determined to prove each other wrong, no matter how crazy the things will get, they discover that not everything is what it seems, including themselves and their close ones.

I'm a book-loving daydreamer. The person you see on the street watching some imaginary spot and smiling because she was just hit by "what if…" idea. You know, the one that needs "weirdo" pressed on her t-shirt. Besides that awkward detail, I occasionally sing in shopping malls, especially on the dairy product aisles, talk to the kitchen appliances if they refuse to collaborate, take long walks on the beach and often get lost, because of which I avoid doing the same thing in a forest, I can't function before I have my coffee (seriously, I have to think really hard just to remember my name and sometimes manage to get it wrong), and I am a living proof that you CAN survive without eating broccoli.

Behind the Stars is my second book. The first one This is me, this is not you is currently impatiently tapping around, waiting for the editing process the finish and I really try to ignore it. The third book that I'm writing is helping me with that.

I wrote Behind the Stars because I got fascinated by how much energy people are willing to spend persuading others that their opinion is the right one. Especially because I have several geeky friends of my own but also few New Age aficionados by my side. When they meet the whole world becomes hilarious.

Peter threw himself into the white woven chair placed among lush ferns, exhaled heavily, and said, "Margaret left me last night."
Barbara was relieved. Of course, she was sorry to see her brother in such a miserable state but glad that it was not something worse going on, like that he was sick or something. She didn't like the woman anyway. She got herself together; Peter needed her support.
"Oh, sweetie, I'm so sorry!" she said, getting on her knee in front of him, taking his hand.
"Don't lie, it's not like you were crazy about her," he responded grimly.
"I'm not lying, I am sorry that you're feeling this way. But I'm certainly not sorry that she's not in the picture anymore." She smiled, making a face. "C'mon, tell your little sister what happened."
He threw his head at the back of the old squeaky bamboo chair showing a painful expression.
"She said that I’m boring and predictable and that she needs a life with more passion and colors. There," He spit out the last words.
"Ha!" Barbara laughed tauntingly. "Oh, really, Marge said that? Well, well, an accountant eager for adventure. What's wrong, the balance sheets become too tiring for her? She misses a good juicy tax fraud? You'll have to excuse me, but I don't know what turns on accountants these days." She was snorted spitefully.
"Barbie, please. I am really not in the mood for this," he added with the voice of a defeated man.
"I'm sorry, but now I can finally joke on her account. About her clothes, let's say." – she said rolling her eyes.
"What about it? She looks decent." Peter automatically defended his not long ago, now an ex, better half. "Decent? No, no, no, mom's aunt Kate looks decent. Margaret looks like she just came from a prison in Romania where they gave her the clothes they received from Caritas who got it from a retiring home which was closed 30 years before that." she fired up gloating.
"Come on, you’re exaggerating. She is dressed… decently," he murmured, secretly observing what Barbara put on herself today. An odd screaming orange tunic was falling over heavy tight green trousers which were shoved into bulky black Doc Martens. To him she looked like a bewildered Tibetan monk who happily decided, after taking a considerable amount of crack, to join a bunch of skinheads in their rampage through the city. How could she expect someone to take her seriously dressing like that? It would be more appropriate for her to embrace a more reasonable look. Like Margaret did, he thought, when the painful sting reminded him what happened less than 14 hours ago. Peter sighed painfully.
"Yeah, right! And stop defending her because you really don't have to do that anymore." She waved angrily with her hands, jumping on her limber legs. "Besides, who is she to talk about passion? She wouldn't be turned on if you dropped her straight into a Roman orgy. Come on, please… Get your chin up, in no time you'll find something much better." She patted his shoulder. In her opinion, Peter hadn't lost anything. Quite the contrary, he just got rid of an annoying baggage.
"Barb, it’s not just that." – he started carefully. "I was thinking. She is right, I mean, I'm not exactly the embodiment of spontaneity and playfulness. And I really don't know what I'm supposed to do to be different." He looked at her with the eyes of a lost child.
"What do you mean, what you are supposed to do? It's simple, you do what you want to do. You don't really expect that there's a manual for it?" – Barbara asked him with a smile on her face, tilting her head. The helpless look he gave her was stating exactly that – he needed it.