You are here: Products Becoming by k.cooper 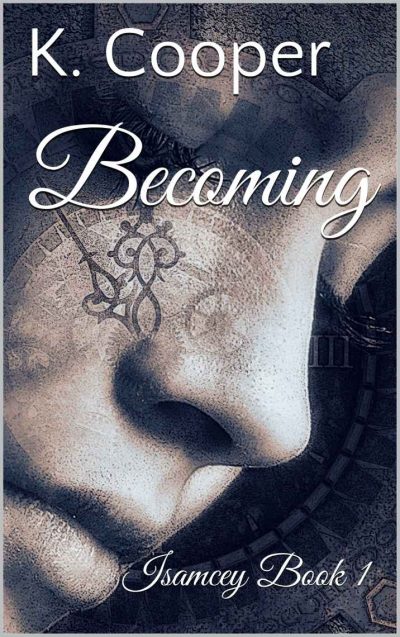 It’s Thea Jameson’s seventeenth birthday. A day that should be the same as any other, that is until she finds out her whole life has been a lie. She wakes in the morning a normal girl, by evening she is thrust into a world full of magic, with people threatening everything she loves. Learning how to control all her new found power is one thing, but falling in love at the same time is something else altogether. Ryder, the tall gorgeous boy with amnesia, plants himself firmly in Thea’s way; making her new life so much more exciting. Even if it does put her in the path of more dangerous things! Can Thea master her new responsibilities and her love life without everything crashing down around her?

So, im Kerri Cooper, im a Self published Author of Fantasy Fictions for both Young Adults and New Adults. I absolutly love what i do. so far i have two novels out. Both are the 1st instulment for their series. im currently woorking on a 3rd book as we speak.

I have four beautiful Daughters and a wonderful husband. I live in Somerset in the Uk, Which is great. I'm 33 years young and will be celebrating my 34th birthday later this year.

One thing you should know is, I am DYSLEXIC. I decided to start writing my own novels when I just got tired of being cold I couldn't purely because I am dyslexic. I loved to read and I knew I could do just as good a job if not better. So its thanks to my Grandad turning round to me one day and just telling me to" go on then just do it" i truly believe if you have a dream you should chase it. it may not happen right away and you may get shot down a a good few times, but in the end it will happen.

“What are you doing here? You can’t be here it’s too dangerous” he whispered. “You’re her father! Where else am I supposed to go?” He grabbed her by the elbow; leading her away. “Ellen, you must leave” he paused and let out a sigh “before anyone sees us together” shame laced his voice as he stared her down. “How dare you, she is your daughter and you would turn us away like we’re nothing?” pure shock shook her body, he was really going to do this, “Don’t make this any harder than it needs to be, please just leave before it is too late, I will provide you with whatever you need, as long as you leave now” His patience was wearing thin. “Don’t bother; we don’t need your charity” Ellen turned her back and walked into the night, clutching her three-day old daughter to her chest she ducked her head into the wind and never looked back.
“What can I do now” she panicked, “I can’t go home not with a baby, not with his baby!” she told herself. The wind whipped her hair into her face as she trudged on through the trees. She almost slipped a few times but managed to catch herself at the last moment. Rain poured down between the branched, soaking her from head to toe. Tucking her precious bundle closer to her chest, she pushed forward; not knowing which direction to go in. only knowing she was not turning back towards him or her family, she would raise this child alone.
The last nine months had been so hard for her; she had to conceal her growing belly from her all-knowing family at the same time as carrying on like normal. The task was not easy. She kept to herself mostly, opting for all the solo chores, jobs or errands that needed doing. Once the time arrived to actually have her baby, she had to seek out help from people she barely knew. Her family was not to find out about her pregnancy, it was the last thing she wanted for the tiny life growing inside her, she didn’t want her child to grow up the way she had. It was not a life she wished upon anyone. Alone and scared; Ellen had stumbled into the forest and practically dragged herself to the hut hidden well within its depths. Banging on the door took everything she had, before the next horrific contraction gripped her body like an unyielding vice. An old woman cracked the door open and stared down at her. “Ah I wondered when I would be seeing you” she croaked with a smile. “Girls, help her in, and get ready. A babe is on its way”.
Chapter 1

Be the first to review “Becoming by k.cooper” Cancel reply