You are here: Products Beauty of The Beast by Viktoria Faust 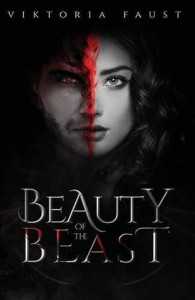 Beauty of The Beast by Viktoria Faust

Viktoria, a young and not particularly talented painter, comes across war vampires in the middle of war torn Croatia in 1992. She becomes obsessed with them but socializing with vampires is dangerous. One of them attacks her and infects her with what she believes is AIDS. To save herself she leaves with Damian, the oldest of the vampires, on an adventure that will prolong her life forever … or end it.

I’m Croatian horror, SF, children’s/fantasy author. I published my first short story in 1996, my first novel in 2000, and since then I published more then 30 books. I love books – books are my life. Writing for me is not only something I do; it’s a way of living.

I love vampires and 20 years ago, when I wrote this book, there was not many vampire books translated in Croatian, and I wasn’t reading English well. So I wrote myself a vampire novel. I loved it. Other people loved it. Real vampire love affair.