You are here: Products Bad Boys After Dark: Dylan (Billionaires After Dark) by Melissa Foster 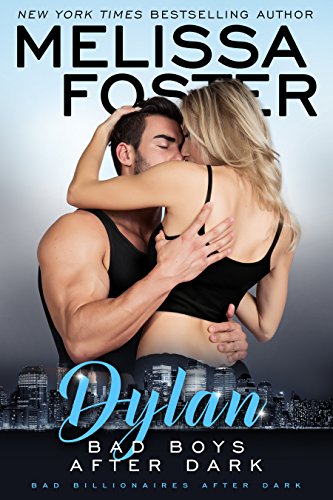 Everything’s naughtier after dark…
Sinfully sexy bar owner Dylan Bad has a thing for needy women. He’s a savior, a knight in shining armor, and his mighty talented sword has no trouble bringing damsels in distress to their knees. Enter Tiffany Winters, a gorgeous cutthroat sports agent who looks like sex on legs, moves like she’s passion personified, and wouldn’t let a man help her if she were dangling from a ledge and he was her only hope. One night and too much tequila might change their lives forever. The question is, will either one survive?

Bad Billionaires After Dark are a series of stand-alone hot and sexy romances.

Be the first to review “Bad Boys After Dark: Dylan (Billionaires After Dark) by Melissa Foster” Cancel reply