You are here: Products Bad Boy Delivery by Devyn Morgan 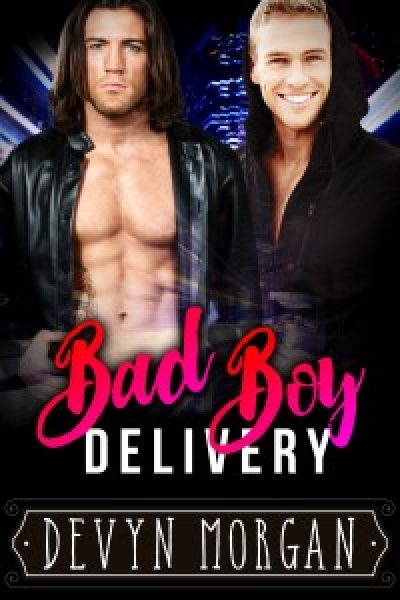 Win a weekend with Bad Boy escort, Lance Long, and prepare for the ultimate sexual experience!

When Lance Long strides into Jarrett’s apartment, both men are hooked by an infatuation neither saw coming.

However, an explosive weekend awakens both men to pleasures beyond their wildest dreams and threatens to change their lives forever.

Jarrett has to stop being a slob before his flatmate returns or face eviction.

Lance has to secure a review to help Bad Boy Escort Agency become a nationwide success.

Things increase to a breaking point where both men find love in the unlikeliest of places—each other.

Two complete opposites falling for each other is crazy, especially when Jarrett’s ego drives a wedge between him and Lance.

Can love follow lust? Or will their sexual appetites be a recipe for disaster?

Bad Boy Delivery is a standalone gay romance with a HEA ending.

He currently lives in the eastern US with his partner and a dog, but he still considers himself a free spirit.