You are here: Products Babe Driven by Lizzie Chantree 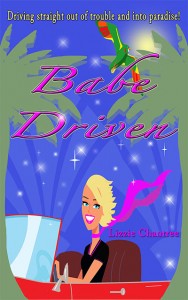 Harriet’s wonderfully successful business, Babe Driven, is the talk of the town, but her world is about to come crashing down around her, and the threat seems to be coming from inside her own family. For someone who stays out of the limelight, even though her new company is the hottest ticket around, she’s going to have to avoid the front pages of every newspaper if she wants to survive the ride!

Lizzie lives with her gorgeous family and a very unusual dog. In between the school run and baking cakes (or burning them!), she sits in her rooftop studio daydreaming about gaps in the market and how she can fill them. Love’s Child is her second novel, she is currently writing her third.

It has made me fall in love with writing and my daughter thinks it is wonderful too!