You are here: Products Awakened bt Him by Eyta Jade 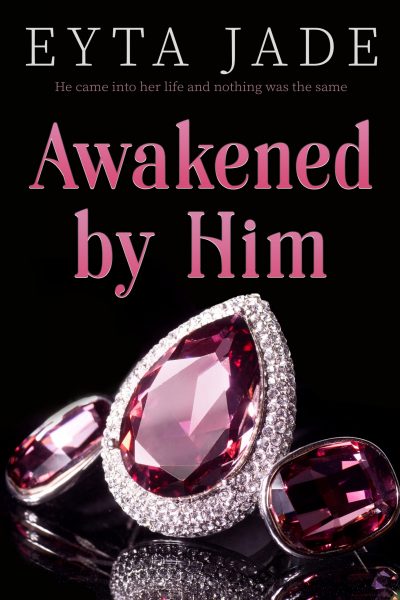 Awakened bt Him by Eyta Jade

Falling into him was a dance with destiny; little did she know it would be her unravelling.

Zina at 24 and fresh out of the academic world, arrives in London for a new paralegal job. She is thrown for a loop when her chance at something new and uncomplicated is threatened from the moment she meets business magnate, Niklaus Clarke.

He wants more from her than she’s willing to give, because giving him more means undoing her past which she’s been running from. Unable to resist the undeniable attraction she feels or the allure of the unyielding billionaire who didn’t get to where he is by giving up, Zina surrenders.

What should have been a mere awakening turns into blurred lines and shattering of boundaries. Until their secrets, lies and half-truths threaten the gravity that pulls them toward each other.

When Eyta Jade read Danielle Steele's Full Circle, a dream was born. A dream to evoke the kind of emotions that reading Full Circle did in her.

Eyta knew that no matter what or how long it took, she would always find her way to becoming an author.

When Eyta isn't penning down tastefully written steamy romance stories, you'd find her reading one instead.

Lest we forget, she obsesses over wine, soul and RnB music.

I had a dream about the first meeting between the two characters and was inspired to tell their story.

So bossy, I thought.

We were on his couch, facing each other as he attempted to feed me comfort food. A.K.A. Haagen-Dazs caramel cone.

“Why do you have to feed me?” I argued, finding solace in a possible banter to distract me from my solemn mood.

He heaved a sigh, looking at me intently without lowering the spoon of ice cream from where it was—in front of my mouth. “My sweet baby, you are sad and won’t tell me why.” His lips spread in a thin, but small sad smile. “But, this I can do for you. Let me take care of you. Let me feed you.”

Tears stung my eyes as I struggled with my emotions. Such simple words evoked powerful feelings in me. All he wanted was to do something nice for me, and yet I remained difficult. So I opened for him, letting him feed me to his satisfaction. I watched his eyes lit up every time I opened for another spoon.

The fact that he took so much pleasure in doing something so mundane was everything—the simple things. My heart was in trouble and at that moment, I didn’t care.

When he was done pleasuring me with the taste of rich caramel swirl that only Haagen-Dazs could deliver, he sprawled into the arm of the sofa.

“Come.” He said, opening his arms to welcome me. And, like a dog hungry for affection, I turned, reclining into him and laying my body on his chest.

His arms wrapped around me instantly, and I closed my eyes.

I felt safe and at home in his arms. Ashraf and his parents had taken me in when I was homeless; my brother had come into my life around when the well, awkward night with Ashraf happened, and we grew apart for a few months. He’d come in and filled a hole created by temporary emotional separation from Ashraf.

But the feeling of safety I felt in the arms of Niklaus was different. He wasn’t filling any vacant space. It was like he’d always had a place in my heart, waiting for him to step in and take his place. I’d never felt more at peace, so wanted, so cherished, and all he had to do was feed me ice cream and wrap his arms around me.

Am I falling for him? I wondered. I physically shook my head, wading off the idea, but not before he noticed.

I couldn’t very well tell him my heart was wondering if I was falling for him, but that same heart was convinced the answer was negative.

So, I said instead, ‘tell me something about you.”

He chuckled, the slight shaking of his body as he did so warming me all over. “Am I supposed to believe you haven’t used the school of Google to do your private investigation on me?”

“Would most of what I find there tell me anything real about you?” I challenged.

“No,” he confirmed with a certain resentment.

I shrugged. “Moreover, I haven’t stalked you. I don’t do social media or track people on the internet.” I explained.

There was the exception of the night at his parents, but those were for professional reasons directed at his father, and didn’t count.

His arms tightened around me like he couldn’t get enough of me. “You, doux bebe are one of a kind.”

I smiled. It was nice to hear that someone saw me as a unique being. But, the gag was—he was truly the special one.

He’d awakened me, and he apparently had the power to make me feel safe and distract me.

“I’ll start. I’ve always wanted a dog, and I will get one soon.”

“Hmmm…I think when I was young, I did too. But, somewhere along the way, I forgot.”

“I just told you I wanted a dog too. That was my something.”

I laughed some more at his manipulative and creative way of deflecting.

If I was terrible at revealing things about myself, he was impossible.

We were a match made in heaven. But what would that mean for us in the long term?

The fact that I was thinking of the future, despite insisting that we were just fuck buddies told me one thing—even if I was unable to admit that I might have been falling for him, what I knew for sure was that I was in trouble. My heart was in trouble.