You are here: Products Avalon Revisited by O. M. Grey 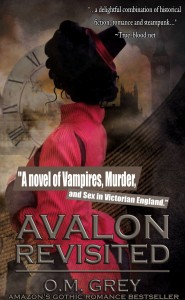 Arthur Tudor has made his existence as a vampire bearable for over three hundred years by immersing himself in blood and debauchery. Aboard an airship gala, he meets Avalon, an aspiring vampire slayer who sparks fire into Arthur’s shriveled heart. Together they try to solve the mystery of several horrendous murders on the dark streets of London. Cultures clash and pressures rise in this sexy Steampunk Romance.

Be the first to review “Avalon Revisited by O. M. Grey” Cancel reply