You are here: Products Autumn Falls by Sapphire Spice 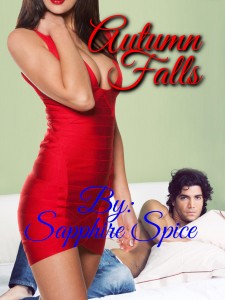 Autumn loves sex! Revels in it, really. When she realizes that her 14-year old daughter is emulating her, Autumn decides to become the woman she wants her daughter to be. This isn’t so easy because Autumn’s reputation precedes her… and she still loves sex.

Sapphire Spice holds a Master’s Degree in English. She is just starting this exploration of sexual fantasies, and hopes that everyone who reads them enjoys!