You are here: Products Arrival in Los Angeles (#1 of California Dreaming): A Los Angeles Series by Andrew J. Smith 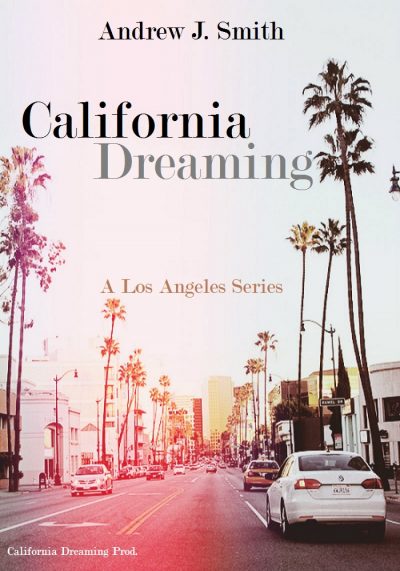 James Alliston, a famous New York writer, is struggling with his arrival in Los Angeles. After being left by his wife, and with a small child, he will try to rebuild a new life in the city where he grew up, under the advice of his best friend and literary agent, Andy Jackson. Despite being more than willing to put his head in order once and for all, he immediately finds himself in unseemly scenarios that make him lose some of his credibility and seriousness as a writer. His arrival in Los Angeles will be impetuous and although he does not want to be immediately recognized by the literary and film scene, his fame, and that of his agent, precede them, but not in a positive way. In the meantime, his agent will have to deal with his small flaws of lust, all under the watchful eyes of his wife. Old acquaintances will present themselves and he will have to deal with them, while, struggling with a real contract for his new novel, he will have to settle in the warm metropolis full of memories of his past. Between spicy clichés, passionate sex, and unseemly scenes, James Alliston will begin his new life in Los Angeles. California Dreaming is a fun and tantalizing, sensual and profound series that will give free space to the reader’s imagination to get lost in the world of the famous fantasy writer, in a captivating first chapter of a romantic and exciting series.

Lived in Italy, his country of origin, up to the age of eighteen. At the age of majority he decides to move abroad and travel the world; Australia, New Zealand, England, France. He embarks on an inner journey and at the same time practical, looking for himself. After four years, away from home and family, he returned to Italy and decided to jump into the world of writing. Achieved success already from his first novel "That place where dawn meets the ocean" climbing the charts and reaching the top in the top positions with 100,000 copies sold all over the world. The book has been translated into more than 19 languages and has won a position among the top 10 best-selling books in the top100bestseller of amazon, the third in the ranking in the bestsellers of Youcanprint and the ninth as more profitable. His novels usually relate to stories of love and intertwining that refer to the most classic references in the literary genre after 1945 and in modern literature.

Be the first to review “Arrival in Los Angeles (#1 of California Dreaming): A Los Angeles Series by Andrew J. Smith” Cancel reply