You are here: Products Amelia: Book One by Layla Powers 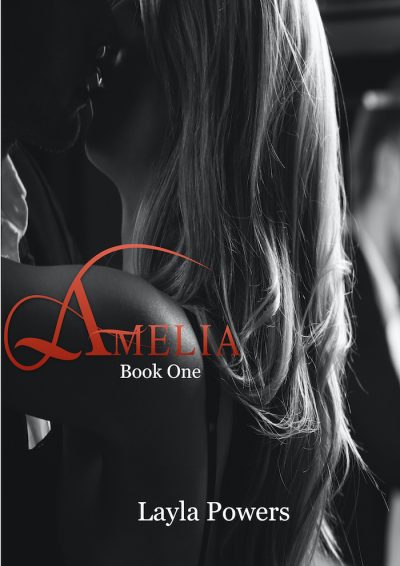 Amelia: Book One by Layla Powers

Two opposites pulled together by fate and circumstances, their world’s colliding.

Amelia Birkehart and Sebastian Harris, both heads of multi-billion-dollar corporations find themselves between a rock and a hard place.

Who will give in and make the first move?

Amelia Birkehart’s world is turned upside down at the news of her father’s death. Long gone are her days of partying and one-night stands when she finds herself forced into taking over the family business. Can she find love while trying to fend off the savage wolves that snap at her designer heels?

Sebastian Harris works hard and plays even harder, a mystery to even those closest to him. Whilst trying to complete a multi-million-dollar project for the Birkehart Corporation he finds himself taking an interest in the beautiful Amelia.

Could an unexpected twist break them or bring them both together at a blinding speed?

Layla Powers is a happily married thirty-something-year-old living her days out on the British countryside in the Cotswolds. She is a quintessential homemaker who spends her days tending to her two young girls and ever-demanding Jack Russells whilst conjuring up sexy scenes in her vivid imagination. Along with her love for anything sexy and sultry, she is also obsessed with chocolate, coffee, reality tv, and true crime.

When she is not working on her writing, she is either on school runs, spending time with her family or just plain simply 'Netflix and Chilling'.

She also loves to interact with her readers and is always happy to hear from them. Feel free to reach out to her via email at [email protected]

I started writing when I was in my teens, falling in love with all things romance. I loved portraying characters that were filled with complexities and raw emotions. Having taken a break from writing for quite a few years, I was inspired and encouraged to write Amelia.

The atmosphere inside the grand entrance foyer was thick with tension and loathing. What was meant to be a civil meeting between the investors and the developers had come to a complete standstill, neither party willing to budge an inch.

On one end of the room, Amelia stood impatiently tapping her foot. It had gone past eleven and she was desperate to get back to her hotel and get some much-needed sleep. Her gas tank was empty, all the fumes had evaporated hours ago. Someone would soon be on the receiving end of her last testy and irritable nerve.

That someone stood on the opposite end of the room. Sebastian Harris scowled as each second ticked by, his usual playful smile stripped from his now arrogant face.

Amelia had met him earlier in the evening. She'd been mesmerised by his green eyes, noticing the gold flecks that danced within them when he smiled. His thick brown hair was perfectly styled, not a hint of designer stubble could be seen on his chiseled jawline. She'd watched him walk in front of her, his muscular body dressed in an impeccably tailored suit.

They were now at a complete impasse. If neither of them came to the party and decided on the development's future, the entire project would be in jeopardy of falling apart. The repercussions would lead to a walk-out by his teams and a sizeable loss on her side.

"I think you need to reconsider your actions, Sebastian." Amelia broke the silence in the room. She'd never liked Sebastian or the way he ran his business. Her father had contracted him long before his death to carry out the project from start to finish. If it hadn't been for that, she would have fired him from the project long ago.

Amelia's eyes caught Sebastian's from across the room. His pursed lips were pale and thin, his annoyance etched onto his face. He didn't look as if he were about to change anything.

"If you refuse to extend the deadline, but continue to add on work, it makes no sense for us to continue with this…" He waved his hand around the half-empty space around them. "…It's not us being unreasonable. It'd be less costly for us to walk out and suffer the consequences in court than it would to carry on and suffer these stupid imposed fines you appear to be so set on!"

Amelia knew he had a point, but she also had investors who were hot on her heels to get this project completed so they could get returns on their investments. After her father's death, a large group of stakeholders had pulled out of the project, taking their money with them. Money that was desperately needed. They'd felt as if their good standing relationship with her father no longer mattered, now that Amelia was CEO. The chances of his daughter running the company as a success didn't feature in their minds. The sudden withdrawal of investors meant new ones had to be found. This turn of events had brought the project to a standstill, leaving it now running three months behind schedule. Three months we could barely afford.

The company her father had so painstakingly built couldn't withstand any further delays, especially as most of their capital was now tied up in this project. Her absolute last hope was to get Sebastian back on site and his teams working hard to get it all completed. Unfortunately, that also meant enforcing a rather substantial fine for every day the program ran over schedule.

Yes, the scope of work had changed and there'd been more variations than Amelia could count. But deep down she'd hoped that by pulling out this threat, they'd work faster and harder. It was, unfortunately, the only card she had left to play.

Come on Harris. Just get back on site and do your damn job. Stop being such an arrogant prick!

"If you're unable to do the work, which you're being paid handsomely for, then perhaps you should just pack up and leave. I'm sure we could get someone else to replace you." Amelia bluffed, her hotheadedness on full display for all to see.

Sebastian's stood across the room, his fists clenched tightly by his side.

"Okay! Okay!" Jerry called out, lifting his hands, motioning for a cease-fire. "We're all a little worked up, a little stressed. Why don't we sleep on it? You know, relook this in the morning? We both have our concerns, but I'm sure we can work something out that makes everyone happy. Then hopefully we'll be able to get this show back on the road. How does that sound?"

"Sure, whatever, Jerry." Amelia sighed loudly, rubbing the temples of her forehead in frustration.

Sebastian nodded and walked out of the building, his team hurriedly following behind him. Her eyes couldn't help but follow him as he left. She watched the way his entire body moved, from his strong neckline down to his masculine arms and chest.

Be the first to review “Amelia: Book One by Layla Powers” Cancel reply