You are here: Products Alpha Arrangement by Camille Laurent 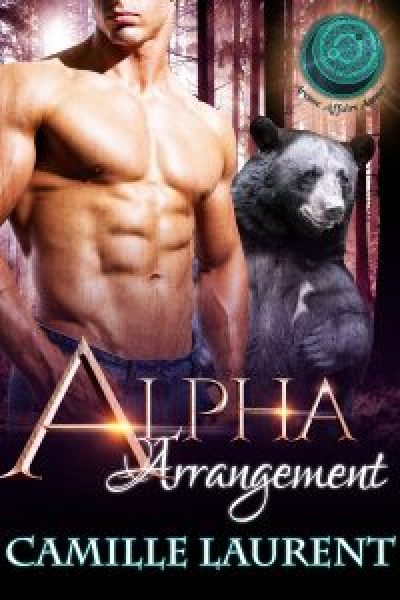 I love Paranormal Romance, so I wanted to try my hand at writing a PNR novella.

“Alpha Aubrey Moore?” Councilman Reed looked directly at me.
“Present,” I responded.
“I assume you’ve been debriefed by Sheriff Andrews, correct?” he asked as I nodded in response. “Because Councilman Johnson was in your clan, you were the first alpha to be notified. We will be contacting Alpha Reynolds, Alpha Owo, and Alpha Fortescue shortly. In addition, we will be asking members of the Timber Creek Defense Force to patrol and search your compound over the next week.”
I could hear muffled sobs in the background. I’d never seen anything quite like this before. Our town was peaceful, due in part to the strong relationships between our clans. We maybe had a few instances of shoplifting every so often, but nothing quite as extreme as murder.
“Because the Moore clan and the Fortescue clan are the largest in the town, we expect you to work closely with each other to ensure the safety of our people,” he continued.
My bear was more than happy to hear this. Mason. Mine.
“Of course,” I said. “I am more than willing to work with whoever is needed to protect Timber Creek. Does the council have any suggestions as to a course of action?”
My heart was fluttering inside of my chest, and I couldn’t tell if it was my bear being excited at the thought of Mason, or if it was a more generalized feeling of fear.   “As a matter of fact, Alpha Moore, we do,” Councilman Reed said, his normally pink face flushing crimson. “We held an emergency meeting about 30 minutes ago to discuss our options. If you’re interested, ma’am, we’d like to tell you what our proposed plan of action is.”
I tried not to roll my eyes. No shit, I’d like to hear the plan. “Of course,” I said.
Councilman Reed paused and rubbed his now-sweaty forehead. “It’s a little bit… unconventional,” he said. “We had to look back in our records to see how things like this were handled in the past.”
I could handle “unconventional”…maybe.
“It is crucial that our clans band together at this time for the welfare of our town,” he continued. “Apart, we are strong, but together, we are even stronger.”
“I understand that, and I agree, Councilman Reed. Like I said, I am more than willing to do whatever I need to ensure the safety of Timber Creek.”
“We are aware of that, Alpha Moore. But in such desperate times, I’m afraid we need something…stronger than just your word.”
I shifted in my seat. “Okay…” I said. “Do you need me to sign something?” Sign something in blood, perhaps?
Councilman Reed furrowed his brow and looked to the rest of the councilmembers by his side. “Alpha Moore,” he said. “We would like you to enter into a contract with the Fortescue clan Alpha, Mason Fortescue.”
“What type of contract?” I said, clenching my jaw. Councilman Reed was quite skilled at beating around the bush. “Will I have the opportunity to speak with my lawyer beforehand?”
“Yes,” Councilman Reed said. “That is only fair.” He paused and ran his trembling hands through his hair.
I rubbed my temples. What the hell was Councilman Reed so nervous about?
“I apologize, Councilman Reed, but I would appreciate it if I was told the specifics of this contract sooner rather than later. Time is of the essence.” I spoke in a commanding voice that I hoped would mask my frustration.  “I can take it from here,” Councilman Black said as he cleared his throat. “Alpha Moore, this contract is unconventional for us. As we stated earlier, we had to consult the town’s records to determine the best course of action. We have not done anything like this in over a century. As such, we hope that you will understand that it is our last – and possibly best – choice to ensure our safety. There are a few other places that have been forced to do this as well, as they are also experiencing an increase in homicides against shifters.” Councilman Black looked at Councilman Reed, who looked like he was about to faint.
I glanced at Mason’s mother, Councilwoman Fortescue, who was surprisingly stone-faced.
“We would like you to engage in a marriage contract with Mason Fortescue. This will ensure that our clans will be permanently bonded from this point forward.”