You are here: Products Abigail’s : An ABDL Story by Ada O’Flaherty 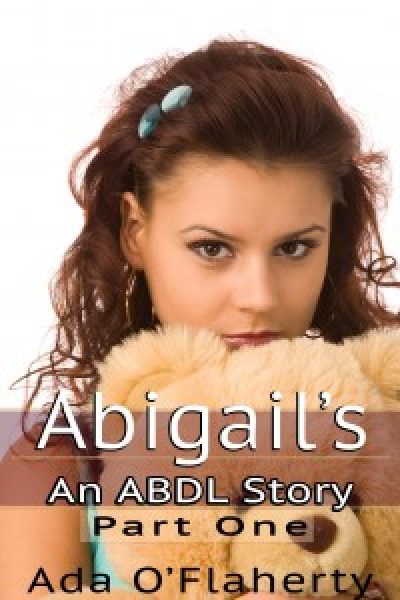 The words had chilled Cole when he’d heard the young Abigail utter them, her teeth chattering as she recovered from exposure to below freezing temperatures. With her mangled bicycle in the back of his truck, Cole had taken on more than he had ever dreamed when he’d stopped to help the lost and lonely nineteen year old. Her teddy bear peeking out from her backpack paired with the thickly padded diaper she wore beneath her short skirt told him everything he needed to know to make his heart long to make her his.

Can Abigail find the courage to leave her abusive stepbrother to accept the love and care of the 29 year old paramedic, Cole? Can she let go of a traumatic past for the sake of a happy future?

This novella is Part One of Three. Join me in following the story of the little Abigail and the men who will fight to keep her.

WARNING: This story contains graphic sexual situations and is intended for audiences 18+ years of age.

Thanks so much and have a happy, happy, smiling day. And if you can manage it, fit in a good, hearty belly laugh.

Be the first to review “Abigail’s : An ABDL Story by Ada O’Flaherty” Cancel reply