You are here: Products A Thin Line Between Love and Lust: A Poly Love Story by C E Long 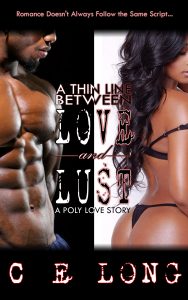 A Thin Line Between Love and Lust: A Poly Love Story by C E Long

This is where I?m supposed to write about myself. I can write a whole book but this is hard. Go figure. I?m from California, currently living in Las Vegas… umm… my life is happily boring, which is why I write. I get to relive the good times… and make some up along the way. You can read an interview here if that helps: https://www.smashwords.com/interview/CELong. Outside of that, I simply hope you enjoy my writing. I?m open to feedback so shoot me an email if you have any questions or comments at [email protected] And don?t forget to leave a review. This is my first novel so those reviews help.

I just had so many stories and experiences I wanted to put on paper for others to enjoy.

Be the first to review “A Thin Line Between Love and Lust: A Poly Love Story by C E Long” Cancel reply