You are here: Products A Safe Place to Fall by Barbara C. Doyle 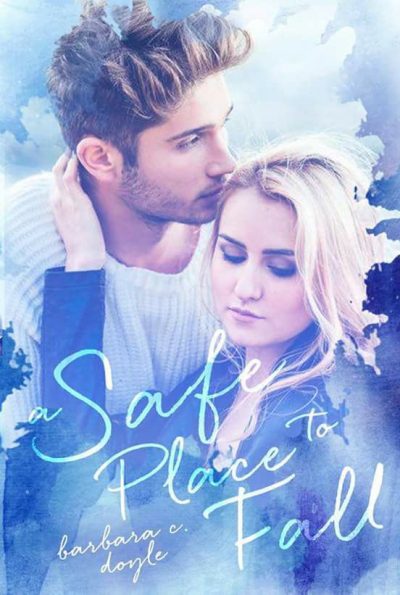 A Safe Place to Fall by Barbara C. Doyle

She was the girl that everybody wanted to protect…

Blair Summers is a hardworking twenty-one year old with a past of falling into bad habits. When one bad judgement call leads to years of over-protection from her brother and his best friend, she becomes eager to prove that she is not the naïve teenager she once was. But when one bold move tests her oldest friendship, will she prove that she has grown up or fall into the same pit that she has been trapped in for all those years?

He was the boy that every father and brother feared…

Nate Evans is a family friend with a reputation. For years, his main goal was to protect Blair from past flames, but when she makes a bold move toward him at her brother’s wedding, the wall he built starts crumbling down. All he wants is to ensure that she never gets hurt again, but if he gives into his own temptation he knows that the risk of losing her will only hurt her more.

Her journey started at the young age of fourteen, and grew as she pursued an English bachelors degree in college. She believes that the written word is best used as a mode to escape into a different reality, thus the birth of her novels.

Her other passions include binge-watching Netflix, reading, and hanging out with her fur baby.

I love reading brother's best friend romances, and decided I wanted to dive into my own! It has some twists that I don't think people will expect, so it was fun to put out in the world.

I was going to regret this in the morning.
Not the drinking part of the evening, because at least I could blame my soon-to-be poor decision on the amount of tequila I drank. I was referring to the fact that I was about to have mind-blowing sex with the sex god himself, Nate Evans. Also known as my brother’s best friend, and best man at the beautiful wedding ceremony.
I knew there were rules against hooking up with your brother’s best friend, but Nate came onto me, and it would have been rude to just ignore him. Wouldn’t it? On a normal day he’s hard to ignore, but when he’s wearing a tux that fits his structured athlete’s body there is no keeping your eyes off him. One look and you were ready to drop your panties right there at the reception.
Luckily I managed to contain myself while the party was still going on. For a while it was easy to focus on my brother Aaron and his new wife Katie. They were the perfect couple, and for once I actually got along with one of his dates. Now that they were married I could officially claim sisterhood and do everything I always wanted to do with the sister I never had.
It was when Aaron and Katie decided to disappear in the crowd of people when I couldn’t use them as a distraction anymore. Then it was just me and Nate at the bar alone, and the four shots of tequila in me was egging on some not-so-innocent thoughts.
He slid over to the stool next to me, letting his perfect gray eyes travel over the empty shot glass in my hand. He had his back to the bar, stretching his arms out so his elbows leaned against the edges of the counters to hold him up. The material of the tux hugged his impressive biceps beautifully.
That’s when I knew I was done for.
“So much for never drinking again,” he mused, looking at the crowd of people dancing to the country music playing.
I smiled. “I’m pretty sure the last time I said that was three years ago when I visited you at college. And I’m absolutely sure that whole situation was your fault to begin with.”
He held his hand over his heart like he was offended. The smirk on his face made the dimple on his right cheek appear, and contradicted the innocence he was trying to pass off. We both knew it was his fault I got alcohol poisoning that night.
“Blair,” he gasped. “How could you say such a thing? I was simply trying to help you understand the dangers of alcohol consumption.”
I laughed. “So that must have been why you and your stupid frat buddies were all chanting ‘chug’ while passing me glasses of all that alcohol. It’s all starting to make sense now.”
He chuckled. “You didn’t think they were stupid when they were passing you free alcohol. It seems like our lesson didn’t stick though.”
I rolled my eyes. “Guess not,” I replied, putting the glass down on the counter.
He called the bartender over and ordered two shots of whiskey. He looked at me with a grin on his face, and pushed one of the shots toward me. He picked his up and winked.
“Isn’t encouraging drinking going against your lesson?” I doubted playfully. I wasn’t going to refuse a free drink, especially one that Nate bought me.
So we both took the shot, but he took his more gracefully. My head was already spinning from the tequila, and I hadn’t had whiskey before. Growing up with Nate, I knew it was his favorite though.
My face puckered, and my throat burned as I slammed the glass on the counter. I could feel the drink burn its way down into my stomach, and I knew he was enjoying every second of my reaction.
“Quit acting like a girl,” he teased.
“I am a girl, if you hadn’t noticed.”
His lip twitched, and he turned his head a fraction away from me. Quietly, he murmured, “Believe me in that dress it’s hard to deny.”

Be the first to review “A Safe Place to Fall by Barbara C. Doyle” Cancel reply