You are here: Products A Promise Of Home by Wendy Vella 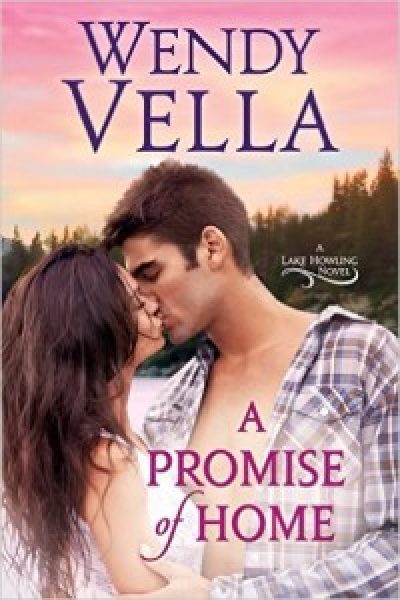 A Promise Of Home by Wendy Vella

When Branna O’Donnell heads back to Lake Howling, Oregon, she’s not sure what to expect. It’s a place that holds plenty of memories, both good and bad, but Branna is determined to find some peace there from the demons of her past. However, she soon realizes that living in a small town again comes with complications, and one of them is named Jake McBride.

Once the town golden boy, Dr. McBride has returned from Iraq angry and, like her, shouldering a few emotional scars. They strike sparks off each other from the outset, and Branna knows that if she gives in to the attraction between them it’s going to result in a world of pain. The problem is she’s not sure how to walk away.

Writing is something Wendy has always found time for, and as an incurrable romantic, the romance genre was a natural choice. She joined Romance Writers of New Zealand and started honing her craft, and after years of contests and conferences, she was finally ready to publish her first book. With numerous historical romances now published, and hitting the best seller ranks on Amazon, Wendy has moved to contemporary also, and loving every minute of it. Born and raised in a rural area in the North Island of New Zealand, she lives with her husband of 30 yrs and her old dog Molly and is a true Patriotic Kiwi!