You are here: Products A Man of Honor by Bethany Hauck 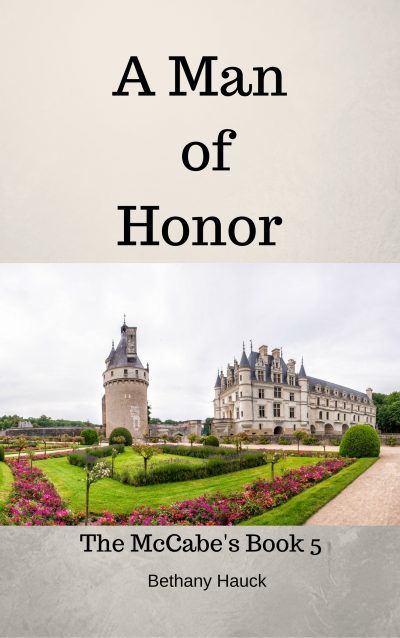 A Man of Honor by Bethany Hauck

Alastair McCabe is happy to finally be on his way back to Gleann after months of being away. He’s enjoying the journey until he comes across Mairi, a young, pregnant woman, as she is being robbed, and quickly puts an end to the crime. He doesn’t know what it is about this woman, but he feels an incredible need to protect her and the bairn she carries. After burying her dead husband, he takes her home to Gleann where he can keep her safe, first through marriage, and then over his knee to keep her from doing anything dangerous.
Mairi’s only memories are from the last five years, and they haven’t been particularly happy ones. First, the Murray’s find her injured next to a river, and take her home. Once they realize her memory is gone, they use her and sell her into marriage to an older man. Now, for some reason, an English Lord is trying to kidnap her. If only she could remember who she is and where she came from.
.
The McCabe’s protect their own, and Alastair’s new wife is no exception. They’ll stand together as they figure out what happened to Mairi and who she really is, and most importantly, why Lord Thompson is so determined to take her.
Although this is a stand-alone novel, many of the characters were introduced to the series in The McCabe’s Books 1-4.

This story is a continuation of the McCabe family, book 5 in the series.