You are here: Products A Kiss From Moët by Lorain O’Neil 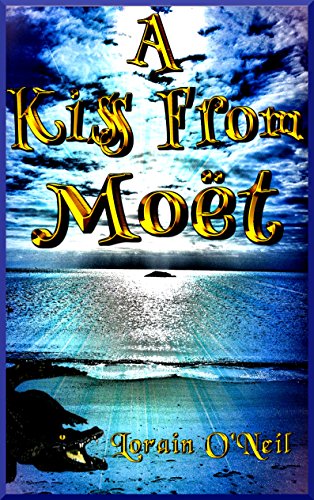 A Kiss From Moët by Lorain O’Neil

And she’s so not going to put up with it.

Moët Arkady is a Lecora –cursed by an ancient swamp magic so that any man she kisses could end up not only possessing HER but a lifetime of fabulously good luck to boot. Not exactly helpful when returning home after years of banishment BAM! Moët’s plane crashes right into the swamp that created the curse in the first place. So when Moët must play good Samaritan to a drowning passenger, what was that? A kiss? Better not be, because he’s Moses Gentry, the indomitable Gentry in The Consortium v. Gentry Refinery, the biggest most dangerous legal war these southern Parishes have ever seen, the one that will decide whether the swamp itself lives or dies.

And she’s the new Court Monitor who has to decide the whole blasted thing.

If Moët rules for the Consortium, Moses Gentry will lose everything –like he’s gonna let that happen. But if she rules for Moses, the Consortium’s rich and powerful members could be headed to prison –and they sure don’t intend on going. Since Moët’s predecessor resolved the dilemma by ending up alligator bait, and her former high school sweetheart is now the Consortium’s lead attorney and pretty great at stealing kisses, Moët could sure use some good luck herself.

And that wily old swamp still has its magic not to mention some truly surprising plans for the intrepid little Lecora –and whoever wins (and whoever loses!) The Consortium v. Gentry Refinery.

Because when they least expect it, a bit of swamp magic could just seal this deal… with a kiss!

A Kiss From Moët is a 72,000 word humorous romance/adventure standalone novel.

Thank you for letting your readers know.