You are here: Products A Droplet of Love in the Autumn Rain by Olga Toprover 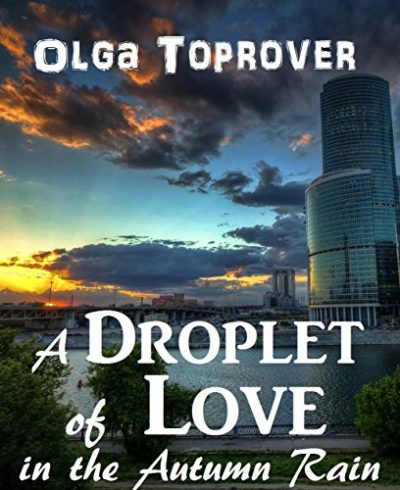 A Droplet of Love in the Autumn Rain by Olga Toprover

Biologist Svetlana, who is happily married, came up with an idea that would change the world for the better. However, she does not know that the project has been transformed into something completely different. She has no idea that her husband Kirill is also playing a role in the game against her. Will their love survive?
Readers who are moved by a combination of drama and romance will find this book interesting.

Olga Toprover was born in Russia, lived in Canada for a few years, but currently resides in Los Angeles. Olga holds Master Degree in Computer Science from Moscow State University. She is also a published media author. Her scientific education and journalistic experience as well as living in different cities and countries formed her into the writer she is today. Olga believes that true literature is about people. Her stories, above all, are about us.