You are here: Products A Dark Heart by Margaret Foxe 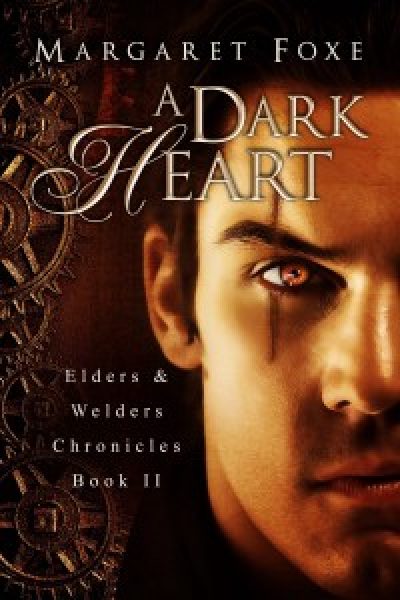 A Dark Heart by Margaret Foxe

Book Two in The Elders and Welders Chronicles

London, 1897: Lady Christiana Harker once committed a grave sin against her kind when she saved Inspector Elijah Drexler’s life by turning him into a vampire.

Christiana’s bold act has only driven Elijah deeper into an impenetrable darkness, fueled by morphine, nightmares, and a constant thirst for blood. Elijah has no room left in his heart for anything but his quest for vengeance against his childhood tormentor, a quest that he fully expects to end with his own death.

But when the mysterious Duke of Brightlingsea requests Elijah’s help in locating a doomsday device that could level half of London, Elijah’s personal vendetta becomes entangled with a secret war being waged among the immortal Elders.

Just when Christiana finally accepts that her long-held love for the Inspector will forever be unrequited, however, a catastrophe brings them together, forcing Elijah to finally confront his feelings for Christiana.

But will Christiana’s love be strong enough to weather the terrible truths buried deep in Elijah’s past? And will Elijah find the strength of will to finally cast off his demons and let love into his dark heart?

This Victorian steampunk romance is recommended for adult audiences.