You are here: Products A Champion’s Duty by Lavinia Collins 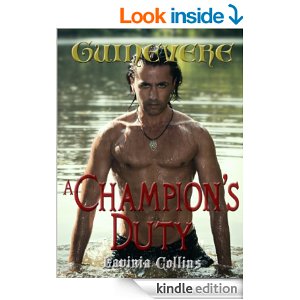 A Champion’s Duty by Lavinia Collins

The second stunning title in this fabulous, ground-breaking retelling of an epic story

Feeling increasing trapped in Camelot, Guinevere finds solace in Lancelot and their illicit affair blossoms. But gossip grows in Arthur’s court and only by accepting the quest for the Holy Grail can Lancelot place himself above suspicion. But in his absence will Guinevere survive the increasing danger she finds herself in from all around her, and will Arthur’s love be enough to save her from harm?