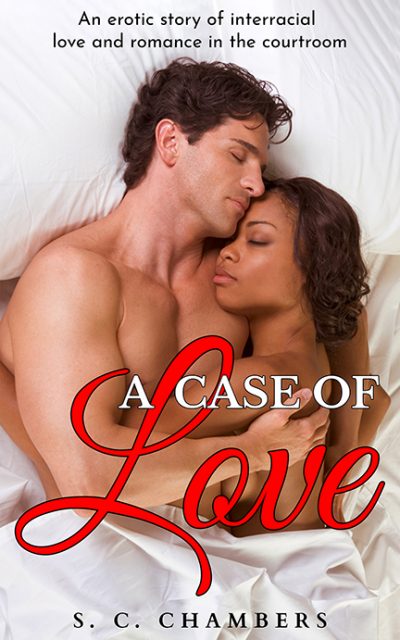 Sally Keane, a black female attorney, 28 years old and four years out of law school works for a large Atlanta law firm, Barnes and Sullivan. She is unmarried and has no steady boyfriend. Her boss is Malcolm Eldridge, a black 55-year-old happily married partner in the firm. One day she is summoned to her boss’s office and is introduced to Phil Townsend, a white 30 year old attorney –also unmarried but in a casual relationship –who she is told will be her supervisor on a large litigation case. He greetsher cordially and they smile and shake hands but she gets the impression that he is looking down on a black female attorney. They work together on the case almost all day every day and she slowly grows to realize that she is falling in love with him. He begins to feel the same way about her and they enter into a relationshipduring which they engage in several sessions of passionate sexand move in together. But since the law firm frowns on personal relationships –especially interracial relationships –between employees they must keep their relationship a secret. Compounding the problem is that Phil’s boss is a bigot and the judge assigned to preside over their trial has a strict moral code when it comes to unmarried couples living together. The trial is of great importance to the firm. They must choose between staying together and risk losing the trial or separating for the good of the case and the law firm. Their careersand their happinesshang in the balance.

Hi, I’m S.C. Chambers.
Actually that’s my pen name, my nom de plume as it were. You see, I’m a teacher in a Catholic school in New Jersey. If the diocese knew that one of their teachers was writing erotic romance novels – well, I’m sure that they would be somewhat less than thrilled so I have to remain anonymous.
I was born and raised in Brooklyn, New York and moved to New Jersey just after I was married. I still live in New Jersey in a small town with my husband and two daughters.
I’ve been a reader of romance novels for many years, much to my Irish Catholic mother’s disgust. As a teen I fantasized about becoming an author of romance books but it wasn’t until I took a creative writing course in college that I began some serious writing. I showed my first attempts to some friends and they all agreed that they were pretty bad. But I kept on writing, sneaking a few minutes here and there, and my skills improved (I think!) but until now I never attempted to publish any of them. I used to read them to my husband when we were in bed and sometimes did a little ‘role playing’ if you know what I mean.
At my husband’s urging I have decided to submit one of my favorites for publication just to see how it does. If it does reasonably well (or even if it doesn’t) I may dust off a couple more.
I hope that you like it. Constructive criticism is always welcome!!!!!

See my bio above…

“I brought some wine,” he showed her a bag which obviously contained more than one bottle, “and I bought some desert too,” he showed a box from a well-known bakery.”

“Well, there goes my diet and my figure,” she laughed, “bring them in here,” and she led him to the small kitchen.

“Not much counter space,” she pointed out as she placed the pastries on an available space, “let’s put the wine in the fridge,” and he did.

“Dinner in about half an hour, come in here and let’s sit,” and led him to her couch.

He noticed that she was dressed similarly to the previous Saturday, nice slacks, a sweater but no shoes. As before her hair was tied back into a pony tail and Phil suspected that was her preference.

“A very striking woman,” he thought, “beautiful and smart.”

He was dressed very casually too, slacks and a knit shirt with brown loafers on his feet. He would have preferred to be wearing his favorite worn-but-comfortable pair of jeans but since Linda didn’t approve of them – ditch digger clothes she called them – he wouldn’t wear them out socially.

“What Linda thinks no longer matters,” he said to himself and smiled.

“It smells wonderful,” he said and she smiled.”

“It’s my mother’s secret recipe,” she said, “I’ve taken an oath to never share it with anyone but my daughter.”

“You have a daughter stashed away somewhere,” Phil asked teasingly.

“Three at last count,” Sally answered and they both laughed.

Dinner was soon ready and Sally led him to the table.

“Can I help,” Phil offered.

“At least let me pour the wine.”

Phil expertly opened a bottle with the corkscrew that he had brought with him.

“You brought your own, you didn’t think I would have one?”

“Just taking no chances,” he said and they laughed.

“This is delicious,” Phil exclaimed after taking a few bites, “I didn’t know that such food existed in Virginia.”

“Thank you I think,” Sally responded knowing that it was a compliment, “I’m glad that it meets with your approval.”

“Oh yes and then some,” he said seriously, “I haven’t had a home-cooked meal since I was last home.”

“Over a year ago. Linda was supposed to go with me…” and his voice trailed off.

“Yes, thank you,” Phis said grateful for the meatloaf and the change of subject, “How’s the wine?”

“Very nice, not too dry and not too sweet. It goes well with the meatloaf.”

“Anything would go well with this meatloaf. Sally, it really is delicious.”

Running out of conversation for the moment, they finished eating.

“Ready for desert,” Phil asked, “I brought some pastries which are guaranteed to fatten you up and make you lose your trim figure.”

“I think that I can take the risk.”

Phil opened the box while Sally got plates and made coffee.

“In Boston there are many good Italian bakeries and of all the pastries cannoli have always been my favorite so I brought some of those if you approve.”

“You brought six,” Sally exclaimed when she looked in the box at the six large pastries, “how many do you expect me to eat?”

“I’ll have one and the rest are for you. Eat as many as you want now and put the rest in the fridge for another day.”

They shared a cannoli and coffee.

“I’m stuffed,” Phil said, “after a near total diet of meager trendy meals I can’t eat like that.”

“We’ll have to work on that,” Sally said seriously, looking him in the eye and Phil just nodded.

“Let me help with the dishes,” Phil offered.

“No help needed, I have a dishwasher,” she pointed out, “go sit down,” and pointed to the couch and he did. Presently she joined him and sat close.

“That was really a wonderful dinner Sally,” he said sincerely, “thank you again for inviting me.”

“The pleasure was all mine,” she said and reaching behind him pulled his head down for his face to meet hers. She gave him a long and deep kiss. He put his arms around her and pulled her into a tight embrace while enthusiastically returning her kiss.

As they held the kiss, Phil felt Sally rubbing her breasts on his chest. He moved one hand between them to gently caress her breast and felt her respond. As a quiet moan escaped her lips he moved his hand back behind her and slipped it under her sweater. He found her bra and quickly loosened the clip. He moved his hand back around to find her erect nipple. He massaged it gently and was rewarded with more moans of enjoyment.

As they kissed some more Phil gently raised her sweater and she allowed him to slip it over her head while slipping her bra straps off her arms. Breaking off a kiss, he moved his head down to her chest and licked and sucked on her nipples.

“Oh Phil,” she cried out, and he continued to pleasure her. She put her head down to his and began to run her tongue in his ear, it was a new sensation to him which he enjoyed.