You are here: Author Jane Godman Shares Their Story

Jane Godman writes in a variety of genre. Many of her stories are heavily tinged with the supernatural and elements of horror, with haunted characters tormented by dark secrets.
The Jago Legacy Series, her gothic romances, are love stories with a dash of horror and a creepily ever after. Her dark erotic romantic suspense books, The Cunning Prophet Series feature supernatural elements and a charismatic, obsessive villain. Jane also writes steamy historical romance for Samhain Publishing and is working on a three book series for Harlequin in their Nocturne (paranormal) line.
Oh, and let’s not forget the Young Adult horror novella she has coming out later in the year with MuseItUp Publishing! 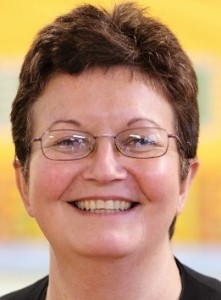 About the Author
Jane Godman writes in a variety of genre. Many of her stories are heavily tinged with the supernatural and elements of horror, with haunted characters tormented by dark secrets.
The Jago Legacy Series, her gothic romances, are love stories with a dash of horror and a creepily ever after. Her dark erotic romantic suspense books, The Cunning Prophet Series feature supernatural elements and a charismatic, obsessive villain. Jane also writes steamy historical romance for Samhain Publishing and is working on a three book series for Harlequin in their Nocturne (paranormal) line.
Oh, and let’s not forget the Young Adult horror novella she has coming out later in the year with MuseItUp Publishing!

What inspires you to write romance books?
At the age of twelve, I discovered a tattered Georgette Heyer novel on my mum’s bookshelf. I devoured it in a day and I was spellbound. It was ‘These Old Shades’, which is set in the mid-1700s. As much as I love Regency novels, I find myself drawn to the earlier Georgian era. I think it’s because the characters have more opportunities to misbehave. It was a scandalous time (think Les Liaisons Dangereuses) and I love the fashions! Give me a hero in a cloak and a powdered wig …
I am captivated by the way great writers of historical romance use dialogue to skilfully set the scene. I also love it when the historical setting is so real it becomes another character, transporting you effortlessly back in time.
I was fourteen when I wrote my first book. I lived in South Africa and my best friend and I had just discovered ‘The Wolf and the Dove’ by Kathleen E Woodiwiss. We spent every evening writing our own Norman hero/Saxon heroine novels. I still have a copy of that book! It was hand written in felt tip pen …
Fast forward several (well, okay, many!) years. I’ve continued to write as a hobby, but real life took over. I’m married and I have two grown up children and a full time career.
I live in England and I love travelling. My favourite places are those European cities which are steeped in history. Last year, for example, I visited the Schönbrunn Palace, in Vienna, and it was amazing to picture a young Marie Antoinette playing in those elegant gardens.
Anyway, remember the friend I used to write with in South Africa? She recently told me to just get on and get my book written. I’m never one to refuse a challenge … so I did. The rest, as they say, is history (no pun intended)
I now write in a variety of genre. Historical romance, of course, paranormal romance, gothic, romance, contemporary romantic suspense and young adult horror! I hope there’s something in there to please all tastes.

Tell us about how you write:
My writing process starts with a lot of day-dreaming! Then I tend to jot down disjointed ideas. I do plan, but my plan generally bears no resemblance to the finished book. I start to write scenes as they occur to me, with no idea where they will fit into the story (or even if they will make it into the finished book). Once I’m ready, I’ll sit down and make a start on writing the first few chapters. That’s generally the point at which the characters come to life and start taking over the story. Minor characters suddenly start demanding more of a role, major characters do things that I hadn’t planned for them. They develop their own voices.
When I’m about half way through the book, I write a detailed synopsis and try to stick to it. Although, in the book I’m working on now, I thought it was finished—I actually had it ready to send off to my editor—when I realised there was a final twist right at the end that I needed to put in! Phew, I’m just so glad it came to me before I sent it!

Do you listen (or talk to) to your characters?
My characters take on a life of their own. I know that’s a writer’s cliché, but they really do, especially the villains. I begin by writing a short back story for my main characters. This will probably never appear in the book but it gives me an idea of their motivation and how they got to this point in their lives. But once I start writing, they really do take over. Uther Jago, a character in Legacy of Darkness, the first book in the Jago Legacy Series, did that. He directed many of the plot twists and turns and he certainly increased the eroticism in the story!
I don’t tend to base my characters on real life people. At least, I don’t think I do, but I suppose I do bring elements of people I know into my books, either consciously or unconsciously. At the planning stage, my head is like a scrapbook full of ideas, so I store away snippets of conversations or people’s mannerisms in there to use in the next story. And if you do something memorable, foolish or bizarre in front of a writer…well, you are just asking to end up in her next book, aren’t you?

What advice would you give other writers?
When it comes to writing my advice would be to write the sort of books you want to read. There is no magic formula and, if you try to find one, you will only end up selling yourself and your potential readers short. Then be yourself and stay true to your story. Don’t try and make your book something it’s not just to get it published, or to please other people. Listen to readers, but also think about what the advice they give you is actually saying. Is it saying something about your writing or about their personal preference? You have to accept you can’t please everyone.
Oh, and stick at it. In your writing, and in life. As Winston Churchill said, “Never, ever, ever give up!”

How did you decide how to publish your books?
My road to publication has been a rocky one. My first books were published by a publisher that went out of business. Then my gothic romances were published by Harlequin Shivers ( awonderful line with some fantastic gothic titles) but, sadly, that line closed to submissions.
Since then I’ve self published and also have books contracted with a number of publishers including Samhain, Harlequin and Secret Cravings.

What do you think about the future of book publishing?
This is an exciting time to be an author because there are so many models out there. No-one has to feel constrained by tradition. But there are also pitfalls attached to that freedom.

What formats are your books in: Both eBook and Print