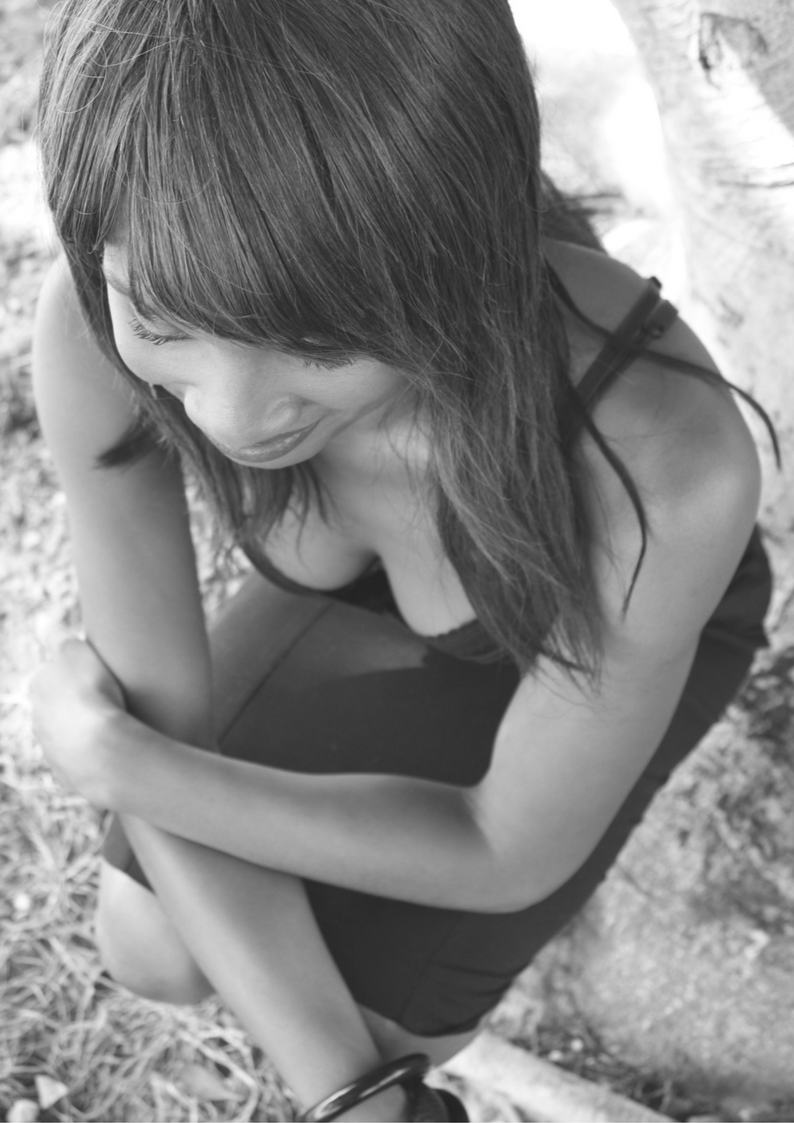 About the author:
I know what it’s like to fall head over heels in love with a badass musician, having followed my heart and my HEA halfway around the world to be with one. I moved from my hometown of London to Sydney after a steamy holiday romance with a sexy bass player in sultry Brazil. I have toured with said badass and several bands, in Australia and overseas, and draw from the things I saw and heard during those crazy times in my novels. Twelve years, two children and a dog later, and I’m still in Sydney, and still smitten.

What inspires you to write romantic fiction?
The first romance novel I ever read was a now somewhat controversial YA classic by Liz Berry, called Easy Connection. In many ways, that book is where my road to becoming an author began. I read and reread it countless times, marvelling in the writing, the themes and the emotions it evoked in me. It's out of print now, unfortunately, and somewhat of a collectors item, as copies are few and far between. However, somewhat serendipitously, as I submitted my final edit of Catching London to my publisher, I randomly stumbled across a copy on eBay here in Australia. It wasn't cheap, but I had to have it – it seemed like to much of a good omen, and a fitting reward for my hard work!

My love affair with romance truly started when at eleven I discovered a stash of my aunt’s books. After a summer holiday spent devouring them from cover to cover, I was hooked on bad boy heroes and smart heroines. Those books were by Virginia Andrews, Jilly Cooper, Jackie Collins and Danielle Steele – stalwarts of romance. I guess they were influential in introducing me to some of the main tropes and themes of the genre. They were also influential in showing me the beauty in getting swept up in a world very different to my own, in believing (if only for a while) in the fairytale, and ultimately in showing me the power of love.

An avid reader for as long as I can remember, I always knew I’d write a book of my own someday. Finally, after a career spanning advertising, marketing, and social media, I wrote my debut novel, Catching London in 2017. What inspired me then, and inspires me now is being able to share the stories in my head with other people. I want them to feel what I feel, and see what I see when I write these stories. I think it's a privilege to be able to share your talents with the world, and it's not a privilege that everyone gets, so I'm thankful that I have the opportunity to do so.

Tell us about how you write.
Fuelled by copious amounts of coffee, the vast majority of my writing takes place late at night. I write almost exclusively between 9pm and 3am, but have been known to stay up until dawn, or forgo sleep altogether to get the job done.

As a busy working mother of two small children, this has been the most effective (albeit tiring) way to ensure that I make time for writing. That being the case, sleep is in pretty short supply, so I've embraced the mantra "You can sleep when you're dead." So far, so good!

Although this is my first book, amazingly, once I sat down to commit this story to paper (it lived in my head for a long time before that), it pretty much wrote itself. I’m lucky that I had plenty of personal experiences to inspire my writing – which no doubt, made the job easier. I decided to just throw caution to the wind and jump in feet first with no real planning. It kind of felt like a case of "now or never," and I didn't want to spend time planning, then lose the momentum to actually write the book.

With hindsight, though I don't regret just getting it done, I can definitely see the potential benefits of doing a bit more planning upfront, so I'm road testing that approach this time around, especially as I will now be writing to deadlines for the first time. Now that Catching London is complete and ready for release, I am focusing on plotting and planning my second novel, and have done some early stage chapter outlines. At the end of this process I'll decide what method (or combination of methods) works best moving forwards.

Do you listen to or talk to to your characters?
While I've never really had a conversation with my characters, I certainly play their stories over and over in my head. I see my stories in pictures, much like watching a movie, and I'll "rewind" and "fast forward" trying out different elements – names, places, characters, events – until something "feels" right. I guess in that sense I listen to them. I don't force the story – I road test all aspects of it before deciding which parts work best. Sometimes this process is repeated hundreds of times in my head before I commit a single word to paper.

I just LOVED writing this book, it was so much fun! I especially enjoyed crafting the dialogue between the central couple. Arlo, the lead male is rough and raw – he’s a musician, after all. Despite her delicate appearance, his love interest and the main protagonist of the noel, London is no wallflower. She gives as good as she gets, always ready with the pithy one-liners designed to put Arlo in his place. Their interactions simmer with sexual tension each and every time. I won’t lie, I fell in (and out of) love with Arlo several times along the way, and found myself really wanting him to get his happily ever after.

What advice would you give other romance writers?
Being a pretty new to the publishing world myself, my best advice to any author at this stage would be to keep on keeping on. Get up every day and write, so that you get that book finished. Once it's done, send it out to publishers and agents in the hope of securing representation or a publishing contract. It's hard to deal with what feels like daily rejection, but just keep on going – the only way is up, and eventually good things will happen.

To romance authors I'd say, don't forget to take the time to fall in love, as surely that's why we write -to craft a love story that we know will make us fall in love. For me, if I didn't fall in love whilst writing, I'd probably stop doing it.

How did you decide how to publish your books?
Having done some background research, I was pretty clear from day one that I wanted to publish traditionally, rather than self-publish. At the time (and still now, to an extent), I was daunted by the sheer scale of the task of not only writing the book, but being responsible for every aspect of its production and promotion. In the end was lucky enough to receive six publishing offers for Catching London, so was able to choose from an array of great companies to work with.

Having been through the process of traditional publishing, I still stand by my decision. Having worked with the wonderful team at Hot Tree Publishing, I still can't imagine taking on every aspect of getting the novel from the page to the reader. Hats off to those who do it, though, I'm in awe of you!

What do you think about the future of book publishing?
It's hard to know what to think, sometimes, but being in the thick of producing and promoting a novel as we speak, I'd say that the digital aspect of publishing will continue to grow and grow. However, having said that, as with everything, there's a tipping point and already (as in music sales), we're starting to see an gradual move back towards hard copy media.

Still, for the promotion of books, whether digital or hard copy, I don't think one can afford to underestimate the power of digital and social media marketing.