You are here: Author Dorian Smith Shares Their Story

Newly emerged writer, Dorian Smith, has been in the creative industry for quite some time! Prior to Mind Games, Dorian worked as a freelance article writer, drafting fashion, lifestyle and dating articles for numerous online publications. In addition to that, Dorian is also an entertainment marketer, which leaves her constantly surrounded by creative types and numerous sources of inspiration. She is an avid traveler, and can be frequently heard telling anyone within earshot about her love for Tokyo. An Indiana native, Dorian currently lives in New York where she loves to soak up the local culture and diversity that the city offers. 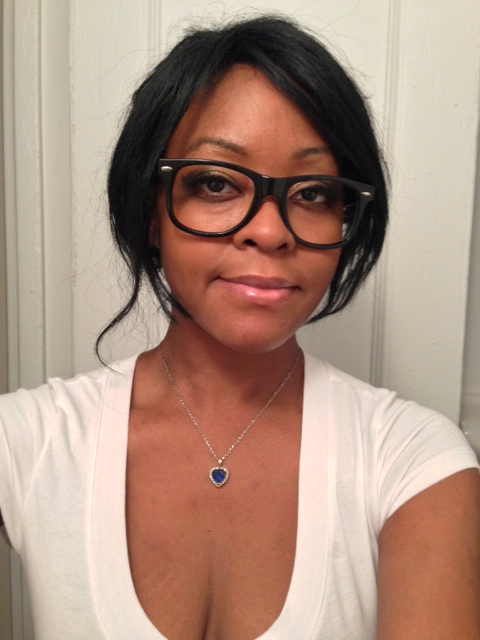 About the Author
Newly emerged writer, Dorian Smith, has been in the creative industry for quite some time! Prior to Mind Games, Dorian worked as a freelance article writer, drafting fashion, lifestyle and dating articles for numerous online publications. In addition to that, Dorian is also an entertainment marketer, which leaves her constantly surrounded by creative types and numerous sources of inspiration. She is an avid traveler, and can be frequently heard telling anyone within earshot about her love for Tokyo. An Indiana native, Dorian currently lives in New York where she loves to soak up the local culture and diversity that the city offers.

What inspires you to write romance books?
I love romance! And I love the emotional “push pull” that happens between characters especially when they make an unlikely pair. There’s nothing wrong with the obvious romance, but I enjoy the forbidden types of romance better. When two characters have had negative interactions yet are still very attracted to each other. Or, where it looks as if all the cosmic forces are trying to keep two people apart, yet their desire for each other keeps bringing them back together.

Tell us about how you write:
I’m very open when I write. I usually start out by writing a brief outline, but it’s very fluid. And by outline I literally mean that I go on my iPhone, open Notepad and write some rough outlines for the plot. Usually this just means some specific events that I want to happen. But I don’t try to write out every aspect of the plot. I like to let the writing take over and see how the chemistry plays out. I get inspired as I write.

And when it comes to characters, I have general ideas of how I want specific characters to be and I try to stay faithful to that…unless something comes up! I’m actually working on the continuation to my first book. But I knew when I started writing my first book (Mind Games) that I wanted this to be of soap opera quality, meaning that several characters would reappear in later books. So, at times, it was challenging to purposely stunt the character arc for certain characters, KNOWING that they would reappear at a later date.

Do you listen (or talk to) to your characters?
My characters really take over when I write! Like I said before, I start out with a general idea of how I want certain people to behave. But, during the course of writing, I sometimes decide that I want someone to be the “bastard” character, or I want someone else to have the chance for redemption.

Specifically, with my sequel novel that I’m still writing (Nemesis), I originally wanted a serious love arc to happen between what were my original lead characters. But as I wrote further into the backstory of my leading female character, I realized, that I didn’t want her to end up with the original guy I had planned. So, instead, I ended up writing him down to a minor character (with the mental promise to myself that he WOULD eventually get his own book – even though book 2 was supposed to be his!) and built up what had been a minor character into her leading man.

I really try to keep my lead characters to three people per book. But as I develop their backgrounds, it’s easy to create minor characters with an intriguing story that would warrant more development. So much so, that I almost want to build them out instantly – but that makes for confusing reading, so I couldn’t! Even now with book two, the sister to one of the lead characters is juicy enough to have her own book! So, once again, that poor guy who got shafted out of the lead in Nemesis might have to wait for a book four to get his story fully out there!

What advice would you give other writers?
Don’t be shy about love scenes – as long as it’s to your comfort level! Love scenes were honestly the hardest for me to write because I wanted something steamy that didn’t come off like bad writing characterized by a grocery store check out display book.

Decide BEFORE you start writing exactly how “intense” you want your scenes to be. I wanted steam, I didn’t want smut. So, by default, it means finding tasteful synonyms for specific body parts and maybe not getting super graphic on every little detail of a sex scene.

Also know that the romance genre is often not as popular for book reviewers and book sites as pure suspense or political drama type genres. So, you may have to push harder to get recognition or even convince the book review community to review your works.

How did you decide how to publish your books?
I’m still open to the idea of finding a traditional publisher, however, I also know that the publishing industry (much like the music industry – my full time career) isn’t like it was twenty years ago. The idea of getting a fat cat deal and sitting back while your publisher does all the marketing for you isn’t as common as it used to be. Even if I find an agent and a publishing house, I’ll still be doing most of my own marketing.

Knowing that, I opted for self publishing. Not only was it ridiculously cheap (all I had to pay for was the copyright in addition to buying a domain, web hosting, etc), but nowadays, it’s incredibly easy. Considering that there are sites like Smashwords that make it easy to publish to multiple formats (which increases your visibility), there’s no massive hurdle to prevent self publishing. Also, I write because I have a passion for it, not because I’m trying to get rich off of it.

What do you think about the future of book publishing?
I see book publishing as I do the entertainment industry. It’s constantly evolving to keep up with technology. The ebook revolutionized the publishing industry just like iTunes and the mp3 did for the music industry.

As more authors are expected to do all of their own marketing, you’re going to see more authors taking control and ownership of their work – not just sitting back and awaiting instructions from a publishing house.

What genres do you write?
Romance suspense

What formats are your books in?
eBook