You are here: Author Dan Santana Shares Their Story

Dan Santana holds a BA in Media & Communications. He is a freelance writer and former copywriter for an international advertising agency. He has written over twenty fiction and non-fiction books under different pen names, mostly self-help, history, suspense and sci-fi. His main interests in life include skydiving, sailing, playing electric guitar, reading and writing books, and more recently ghostwriting. 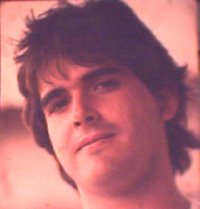 About the Author
Dan Santana holds a BA in Media & Communications. He is a freelance writer and former copywriter for an international advertising agency. He has written over twenty fiction and non-fiction books under different pen names, mostly self-help, history, suspense and sci-fi. His main interests in life include skydiving, sailing, playing electric guitar, reading and writing books, and more recently ghostwriting.

What inspires you to write romance books?
I have always liked to mix science fiction with romance, thus presenting unique scenarios for unique relationships and love affairs, as in the case of my latest sci-fi short stories MY LAST FLIGHT WITH LOLA (man and humanoid relationship) and IN THE YEAR 2525 (man from the past and woman from the future relationship), both tales futuristic and available in Kindle format.

Tell us about how you write:
I always follow the principles presented by the Kentucky advertising man and University of Chicago professor James Webb Young (1886–1973) in his revealing book A Technique for Producing Ideas (1940), based on the fact that “the production of ideas is as definite a process as the production of Fords; that the production of ideas, too, runs on an assembly line; that in this production the mind follows an operative technique which can be learned and controlled; and that its effective use is just as much a matter of practice in the technique as is the effective use of any tool…”

According to James Webb Young, “this technique of the mind follows five steps… the important thing is to recognize their relationship, and to grasp the fact that the mind follows these five steps in definite order that by no possibility can one of them be taken before the preceding one is completed, if an idea is to be produced:”

Do you listen (or talk to) to your characters?
Once the characters are created, I let them speak out, be themselves, soy yes, I listen to them. I only create character sketches in my mind, never written, and let them evolve as I improvise and let them speak and react spontaniously. Most of the times I only have the idea of the beginning or the end of a story and then I fill in the blancks, sometimes I have a mental outline of the story, and then I work on the details, but initially, I basically improvise and later, when I read over my stuff, I do the editing.

What advice would you give other writers?
First of all, writing romance novels works best if you are actually in love as you write of if you are able to remember vividly what you have felt in the past during the first stages of romance. This allows you to portray real events in fiction form, making it more believable for the reader, who will identify with the plot as the story evolves, even if the story is about a love relationship between a man and a female robot or an extraterrestrial end a human female.

How did you decide how to publish your books?
After trying to submit my short stories to U. S. magazines and a novel to a well.known American publishing house I was politely turned down. After reading “How I sold a million ebooks in five months” I decided to try out publishing my own work with great results. I love being an indie author and book publisher, for I receive an almost-instant feedback plkus a decent income for my works.

What do you think about the future of book publishing?
Although I think regular books (paper) will not disappear in the near future, the electronic book market is bound to continue growing basically due to the low costs of pre-production, production and post.production as well as the simple steps required to publish a new title without depending on the approval of third parties.

What genres do you write?
Science fiction, romance

What formats are your books in?
eBook