You are here: Search results for "zander vyne" 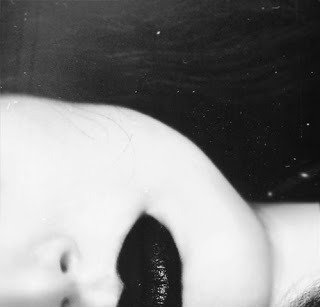 Zander Vyne’s short and long fiction has been published everywhere, though she is best known for her erotica and horror stories. Her work has been included in the Best of the Erotica Readers and Writers Association, Red Scream magazine, The Mammoth Book of Best New Erotica 11 and 12 and many other publications, in print and online.

Zander enjoys passing on her love of good books with other writers, helping them edit their work. You can often find her hanging out on Facebook talking about writing and books.

She lives in Chicago, Illinois with her husband, daughter, and an adopted Basenji mutt. When she’s not writing, editing or reading, she’s probably cooking, knitting or starting yet another remodeling project. 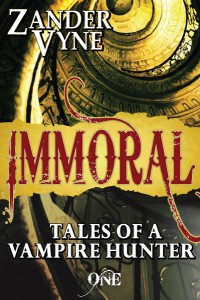 A VAMPIRE HUNTER BREAKING ALL THE RULES

In a time when humans adore imaginary vampires, real ones lurk among them, kept under control by seductive vampire hunters. Falling for a wounded vampire girl is crazy, but Oliver Ripley breaks away from his controlling family of vampire hunters determined to make his own rules and he’s starting with her.

A VAMPIRE DESPERATE FOR ANSWERS

Despite the danger, she senses the vulnerable soul inside the charming vampire hunter. His allure is like catnip, but is he casting a vampire hunter’s bewitching spell or does he really want to help her? Falling for him could kill her, but she’s powerless to resist him.

Hunted by their families, compelled to follow a twisted trail of mystery and deceit that takes them from Chicago to Paris, will their love survive when they discover a shocking truth linking their pasts that threatens to destroy everything they thought they knew about vampire hunters and vampires?

THE TRUTH MIGHT KILL THEM, BUT FIRST THEY’LL HAVE TO SURVIVE EACH OTHER

**Immoral: Tales of a Vampire Hunter is a paranormal romance novella for mature readers only**